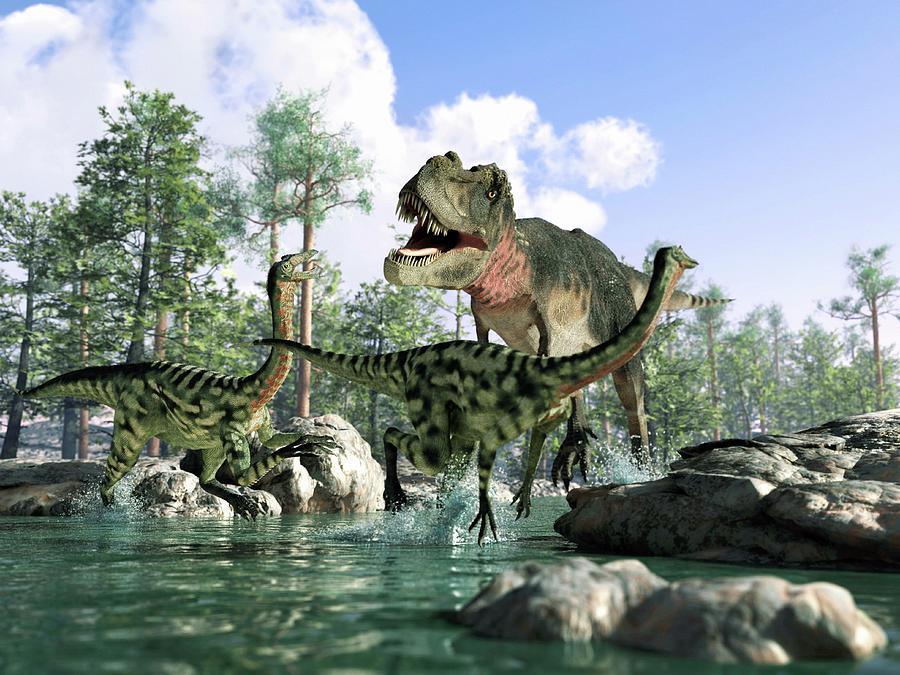 T. rex. Computer artwork of a Tyrannosaurus rex dinosaur hunting Gallimimus dinosaurs. T.rex was one of the largest carnivorous dinosaurs, measuring 5 metres tall and weighing 7 tonnes. It lived in North America and Asia during the late Cretaceous period, between 85 and 65 million years ago. A predator and scavenger, T. rex had the strongest bite of any dinosaur, with teeth that could penetrate bone.