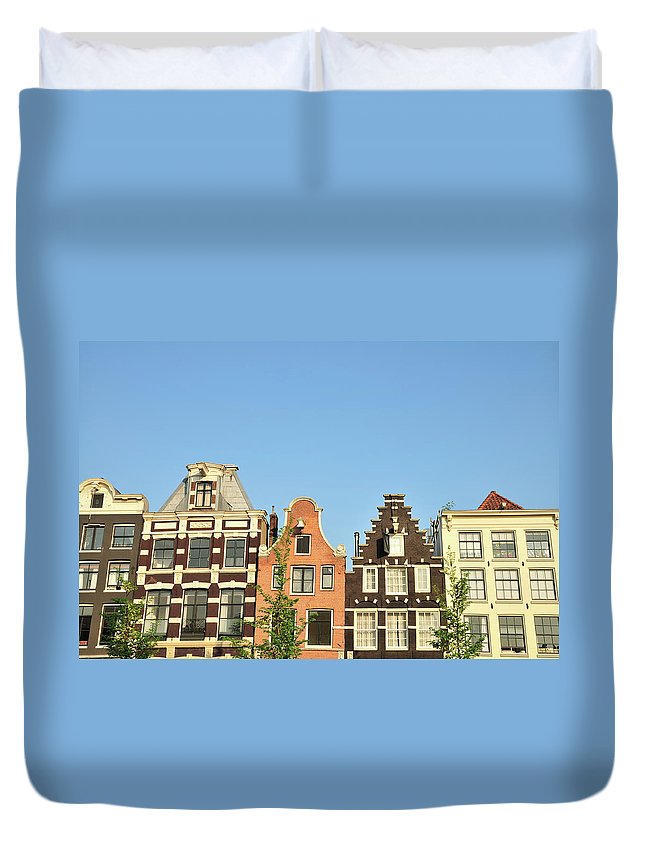 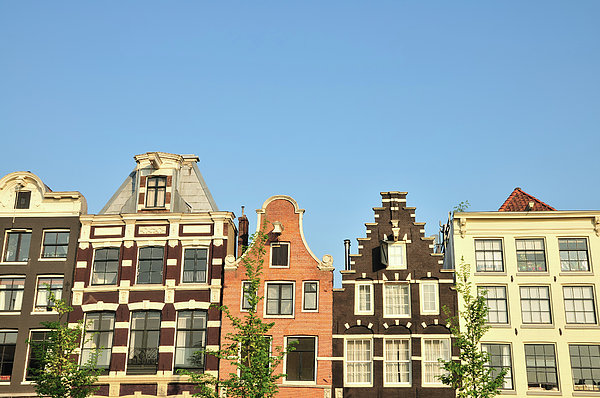 Queen duvet cover (88" x 88") featuring the image "Typical Canal Houses, Amsterdam, The" by Gorazdbertalanic. Our soft microfiber duvet covers are hand sewn and include a hidden zipper for easy washing and assembly. Your selected image is printed on the top surface with a soft white surface underneath. All duvet covers are machine washable with cold water and a mild detergent.

'The Netherlands is known for its unique architecture, and that architecture is best exemplified in its canal houses. In a country where land is precious people squeeze themselves into every available space. Most of these buildings are less than 30-feet wide. To make up for this shortfall, the Dutch learned to build up, and use steep narrow staircases to maximize space efficiency. Since you canaat get furniture up those stairs, many of the houses are built to protrude, or lean over the street they face. At the top is a pulley so that large objects can be lifted in through the windows.Amsterdam, the Netherlands, Europe.'Image provided by Getty Images.