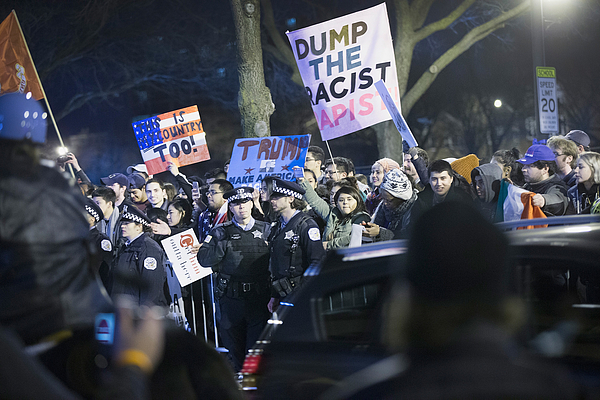 CHICAGO, IL - MARCH 11: Demonstrators taunt supporters of Republican presidential candidate Donald Trump as they leave a rally at the University of Illinois at Chicago which was postponed on March 11, 2016 in Chicago, Illinois. Organizers postponed the rally citing safety reasons after hundreds of demonstrators were ticketed for the event. (Photo by Scott Olson/Getty Images)