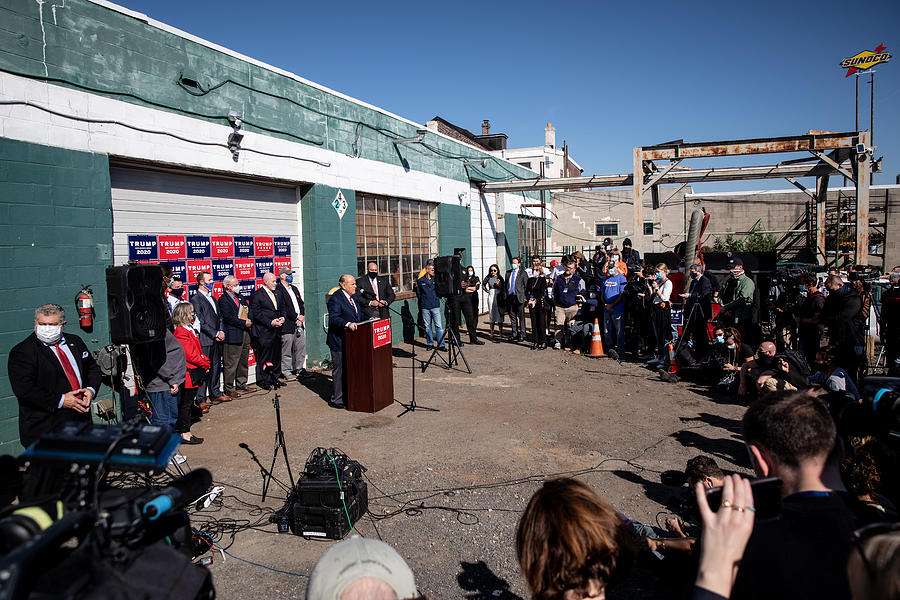 PHILADELPHIA, PENNSYLVANIA - NOVEMBER 07: Attorney for the President, Rudy Giuliani speaks to the media at a press conference held in the back parking lot of Four Seasons Total Landscaping on November 7, 2020 in Philadelphia, Pennsylvania. The press conference took place just minutes after news networks announced that Joe Biden had won the presidency over Donald Trump after it was projected that he had won the state of Pennsylvania. (Photo by Chris McGrath/Getty Images)