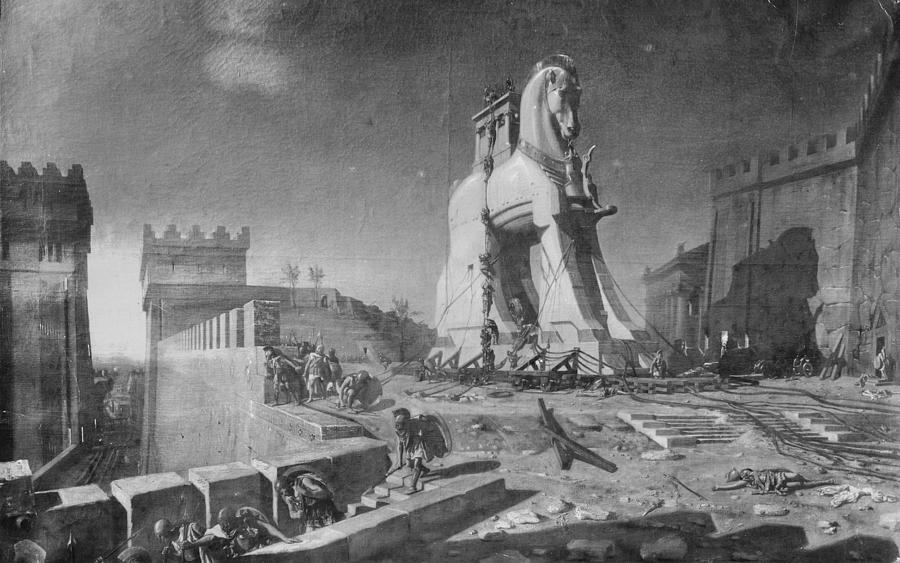 After the people of Troy (in modern day Turkey) brought the mysterious Wooden Horse into their city, the Greek army climb down from inside and take over the city, winning the Trojan War. The war, as told in Homer's 'Iliad', may have been an actual historial conflict, taking place around the 12th century BC. A painting by Henri Paul Motte, 1874. (Photo by Rischgitz/Hulton Archive/Getty Images)