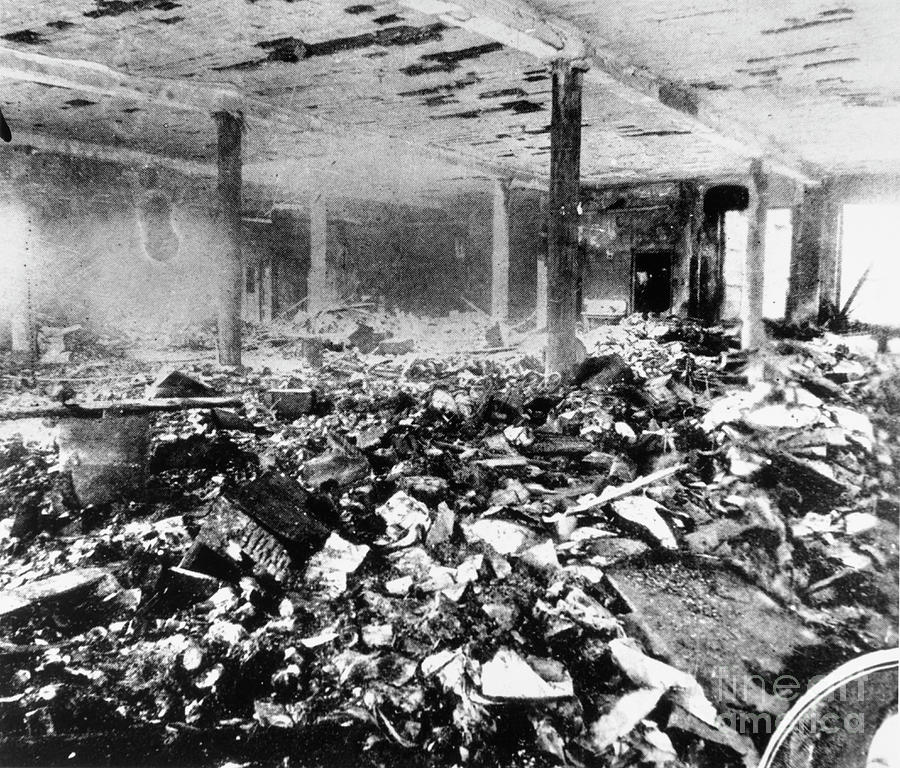 On March 25, 1911, 146 immigrant garment workers were killed after they were trapped on the upper floors of the Asch Building after the Triangle Shirtwaist Factory caught fire. The owners of the factory had chained shut the exit doors, and the workers, who were mostly young women, perished in the fire or died after jumping from the ten story building. A sidewalk cellar's skylight was shattered by the fallen bodies of panic stricken workers. This photo shows the gutted remains of the tenth floor, with only the floors and walls intact.