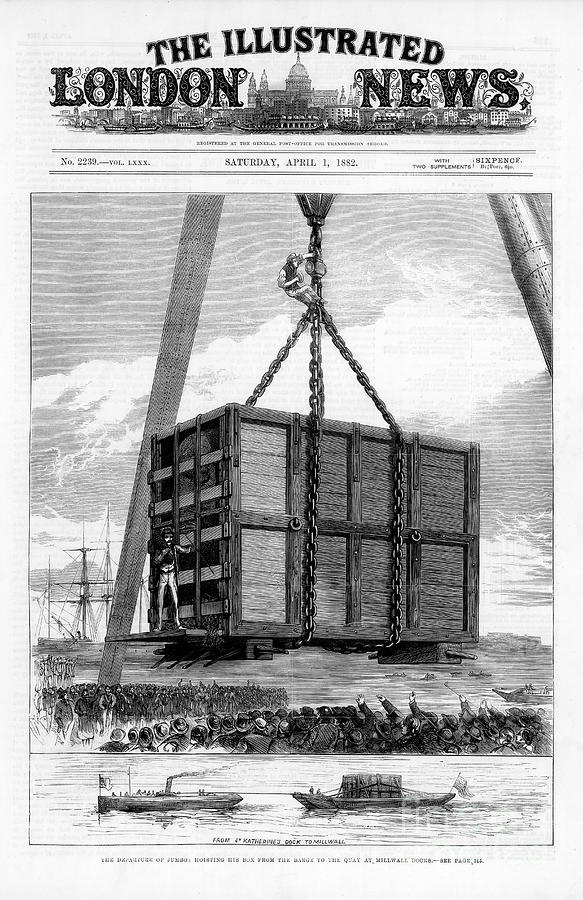 Transporting Jumbo the African elephant to America, 1882. Jumbo was a large African elephant sold by London Zoo in 1882 to the American showman Phineas Taylor Barnum (1810-1891) for his circus, which became known as the 'Greatest Show on Earth'. Here he in his crate, his keeper on the platform to keep him calm, being hoisted from a barge onto the 'Assyrian Monarch' in Millwall Docks, London. From The Illustrated London News. (London, 1 April 1882). (Photo by Ann Ronan Pictures/Print Collector/Getty Images)