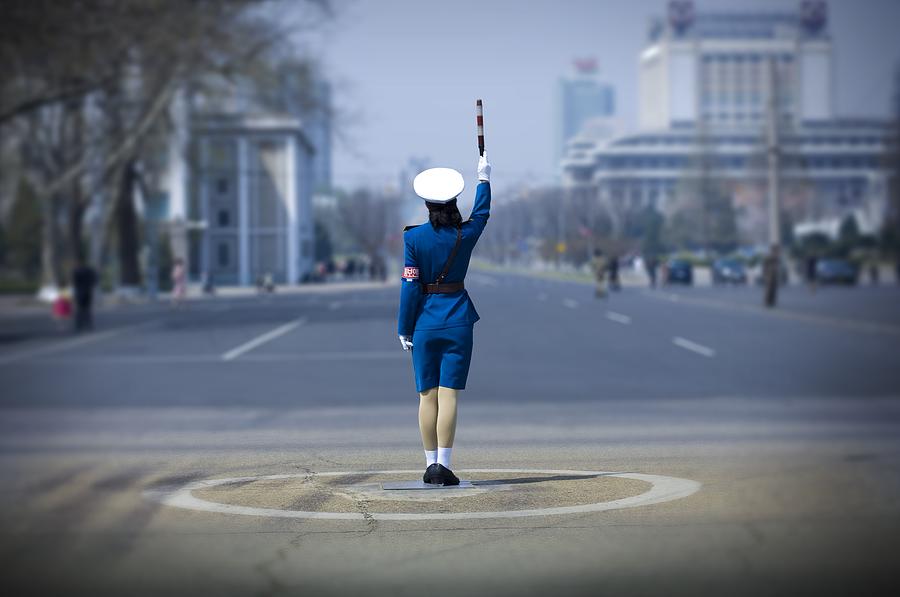 NORTH KOREA - 2008: Traffic Officer in Pyongyang, North Korea - There are no traffic lights in Pyongyang. The intersections are guarded by traffic officers, mostly young and pretty women who do robotic movements, even if there are no cars around! Private cars are almost unheard of in North Korea. For a large part of the population the only option is walking, and thousands of people can be seen walking or riding to their offices everyday on very long streets. (Photo by Eric LAFFORGUE/Gamma-Rapho via Getty Images)