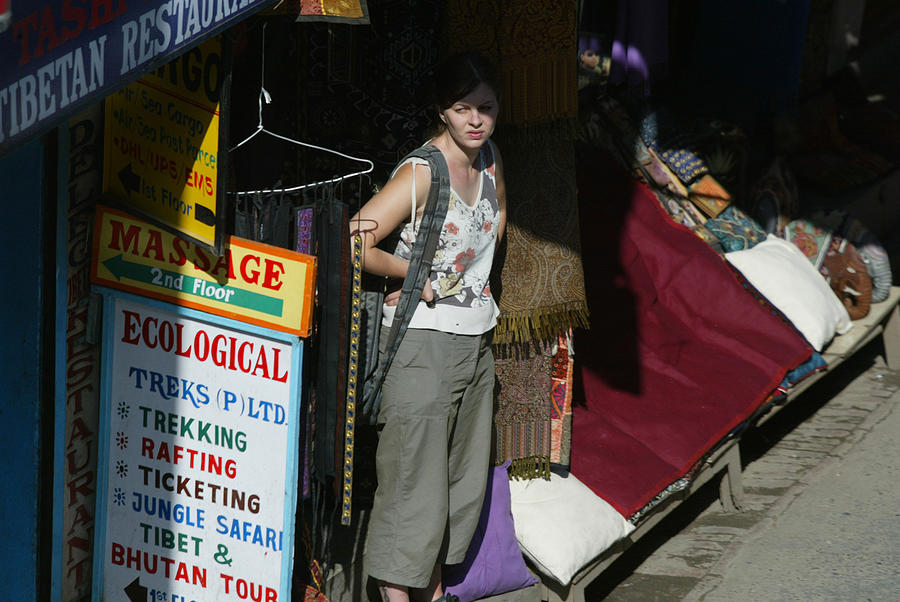 KATHMANDU, NEPAL - MAY 18: A tourist looks down the quiet streets of the usually busy tourist area of Thamel May 18,2003 in Kathmandu, Nepal. With a ceasefire holding between the government and Maoist rebels, Nepal is hoping publicity surrounding the Everest 50th Golden Jubilee anniversary celebrations will attract tourists back to the world's only Hindu kingdom, especially after Severe Acute Respiratory Syndrome (SARS) and the political problems with the Maoists have caused a decline in the number of travelers coming to South Asia. (Photo by Paula Bronstein/Getty Images)