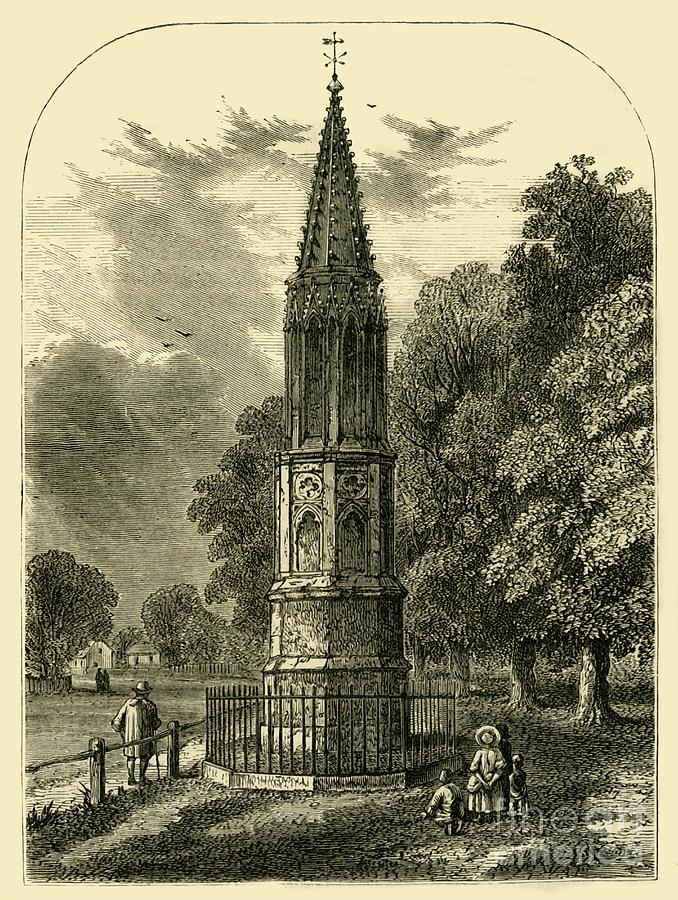 Tottenham High Cross, 1820', (circa 1876). First recorded circa 1600-1609 by Owen Wood to mark the centre of Tottenham Village, ornamented in Gothic style in 1809. From "Old and New London: A Narrative of Its History, Its People, and Its Places. The Western and Northern Studies", by Edward Walford. [Cassell, Petter, Galpin & Co., London, Paris & New York]. Artist Unknown. (Photo by The Print Collector via Getty Images)