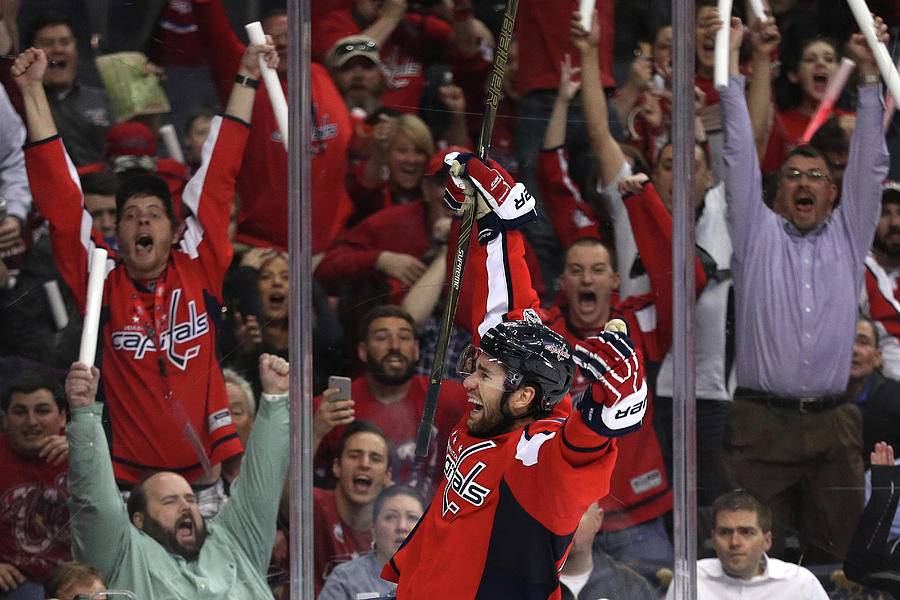 WASHINGTON, DC - APRIL 13: Tom Wilson #43 of the Washington Capitals celebrates after scoring the game-winning goal against the Toronto Maple Leafs in overtime in Game One of the Eastern Conference First Round during the 2017 NHL Stanley Cup Playoffs at Verizon Center on April 13, 2017 in Washington, DC. The Washington Capitals won, 3-2, in overtime. (Photo by Patrick Smith/Getty Images)