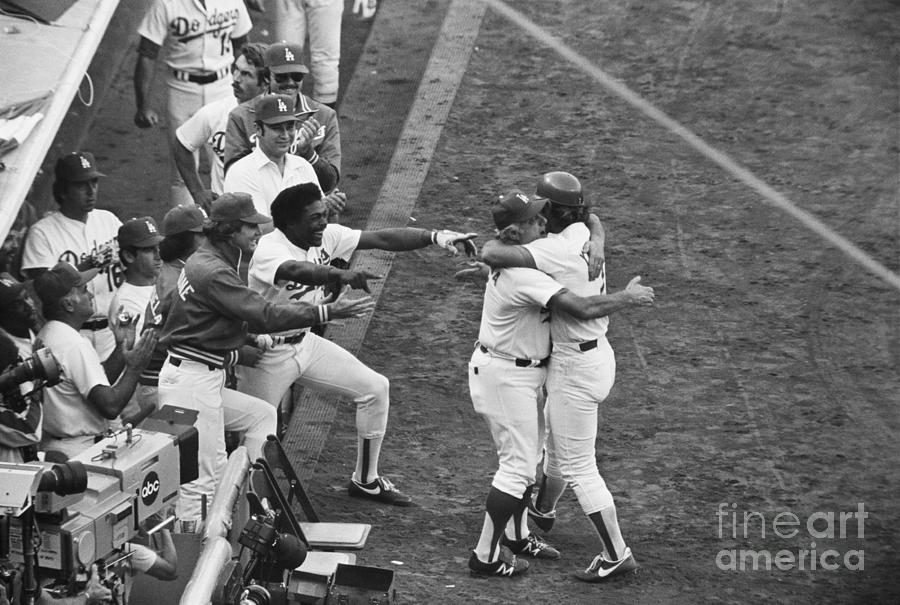 (Original Caption) Los Angeles: Los Angeles Dodgers manager Tommy Lasorda comes out of the dugout and hugs Steve Yeager after Yeager hit a home run following Pedro Guerrero's homer in the seventh to break a 1-0 New York Yankees score in the fifth game of the World Series at Dodger Stadium. The Dodgers beat the Yankees 2-0. Rodriguez leads the other players out of the dugout to greet Yeager.