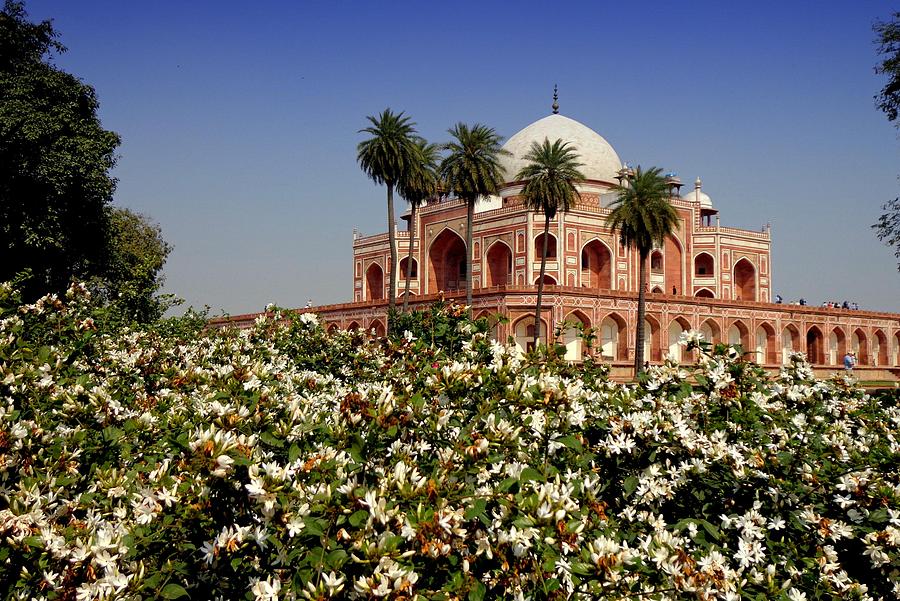 Humayun's Tomb was built under the aegis of Humayun's senior queen, Hamida Banu Begum, some years after the death of the emperor in 1556. Designed by the architect Mirak Mirza Ghiyas,the tomb is generally regarded as the precursor to the Taj Mahal. It is also the first major example of a Persian char bagh (garden tomb) in India, with the tomb sitting at the intersection of four water channels flowing in the cardinal directions through a square garden supposed to represent paradise. On the eastern side, the wall of the garden was originally washed by the river Yamuna which has since changed its course.