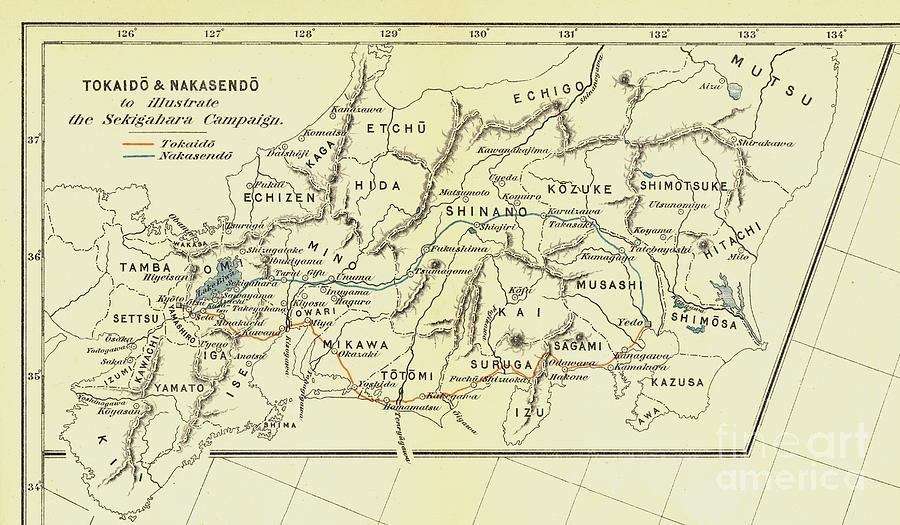 Tokaido & Nakasendo to illustrate the Sekigahara Campaign', 1903. The Battle of Sekigahara, October 21, 1600 led to establishment of the Tokugawa shogunate. Tokugawa Ieyasu deployed troops on the Tokaido one of the most important Five Routes of Edo period Japan. From 'A History of Japan during the century of early foreign intercourse' (1542-1651) by James Murdoch, M.A. and Isoh Yamagata. [Kobe, Japan, 1903]. Creator Unknown. (Photo by The Print Collector/Heritage Images via Getty Images)