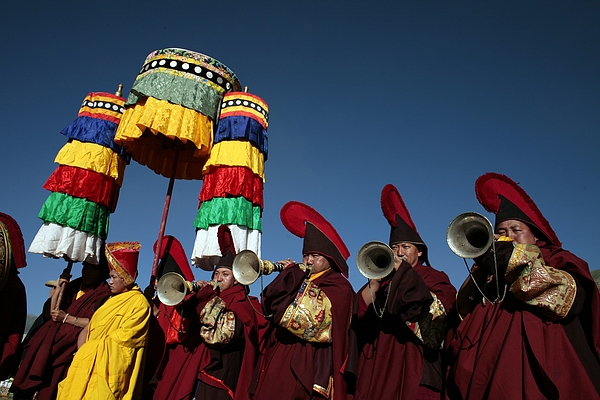 YUSHU, CHINA - JULY 25: Tibetan monks wearing ceremonial dress blow their horns to welcome chinese officials at the colorful opening ceremony of the yearly Yushu Horse Riding festival on July 25, 2006 in Yushu, Qinghai province, China. Qinghai lies on the northwestern border with Tibet along the Tibetan plateau which used to be part of Amdo in the Tibetan Autonomous Region and is the birthplace of the current Dalai Lama. Many TIbetans live in harmony with a mix of ethnic groups in this remote part of China. (Photo by Paula Bronstein/Getty Images)