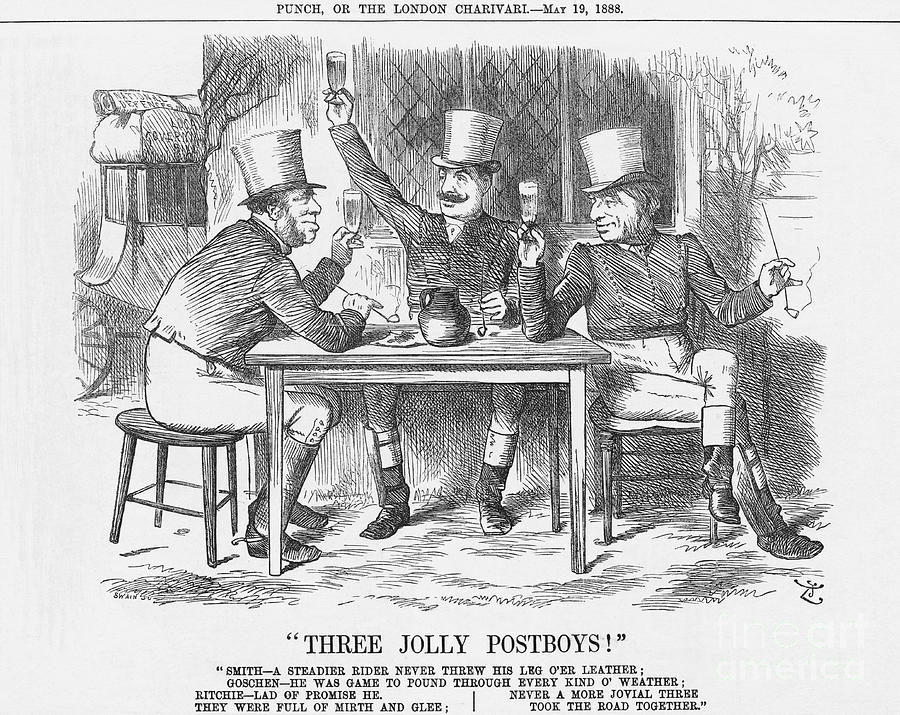 Three Jolly Post Boys!, 1888. William Henry Smith is on the left in this cartoon. He was the First Lord of the Treasury and Leader of the House in Lord Salisbury's Conservative government. In the centre is Charles Ritchie and, on the right, George Goschen, the Chancellor of the Exchequer. In full hunting rig, the three gentlemen propose a toast. In the background, a carriage laden with the Local Government Bill and National Defences can be seen. The Local Government Bill had just been put forward. This proposed the inauguration of separate boards for local government. Major towns were designated as county boroughs, and counties were to be governed by elected councils. However, it also specifically excluded women from the new county councils. From Punch, or the London Charivari, May 19, 1888. (Photo by The Cartoon Collector/Print Collector/Getty Images)