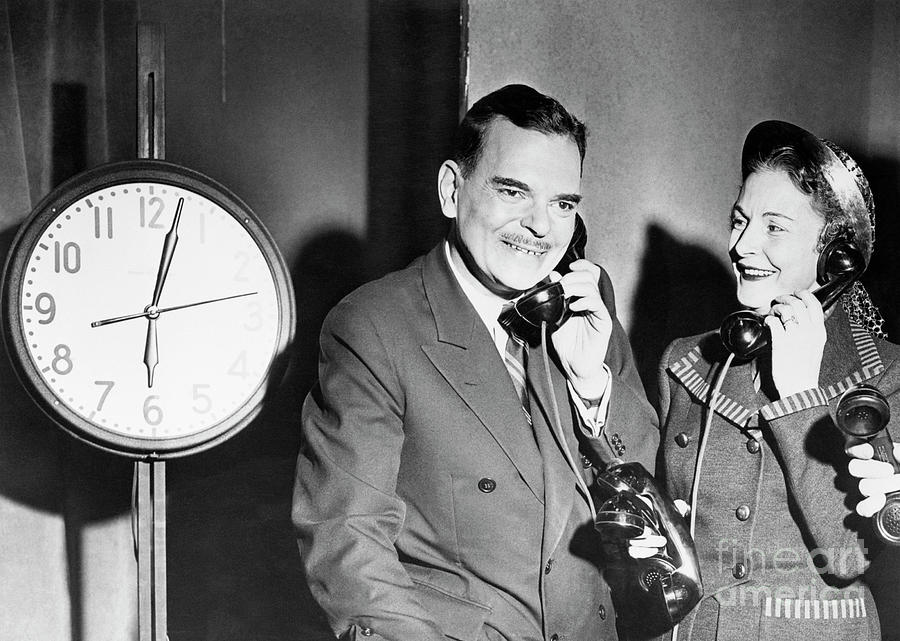 (Original Caption) 11/6/1950-New York, NY- Making an eleventh hour bid to win undecided voters to his side, Governor Thomas E. Dewey, running for re-election as Chief Executive of the Empire State, began a long day of broadcasting and televison appearances at station WOR-TV at 6 a.m. today. The schedule called for an 18-hour day for the Governor, who is shown answering one telephone here while Mrs. Dewey answers other phones.