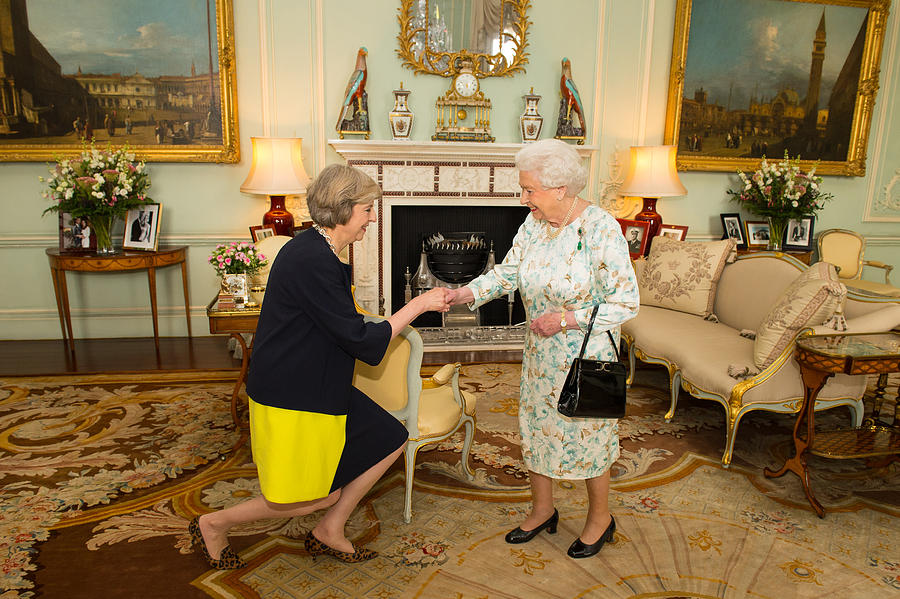 LONDON, ENGLAND - JULY 13: Queen Elizabeth II welcomes Theresa May at the start of an audience where she invited the former Home Secretary to become Prime Minister and form a new government at Buckingham Palace on July 13, 2016 in London, England. Former Home Secretary Theresa May becomes the UK's second female Prime Minister after she was selected unopposed by Conservative MPs to be their new party leader. She is currently MP for Maidenhead. (Photo by Dominic Lipinski - WPA Pool/Getty Images)