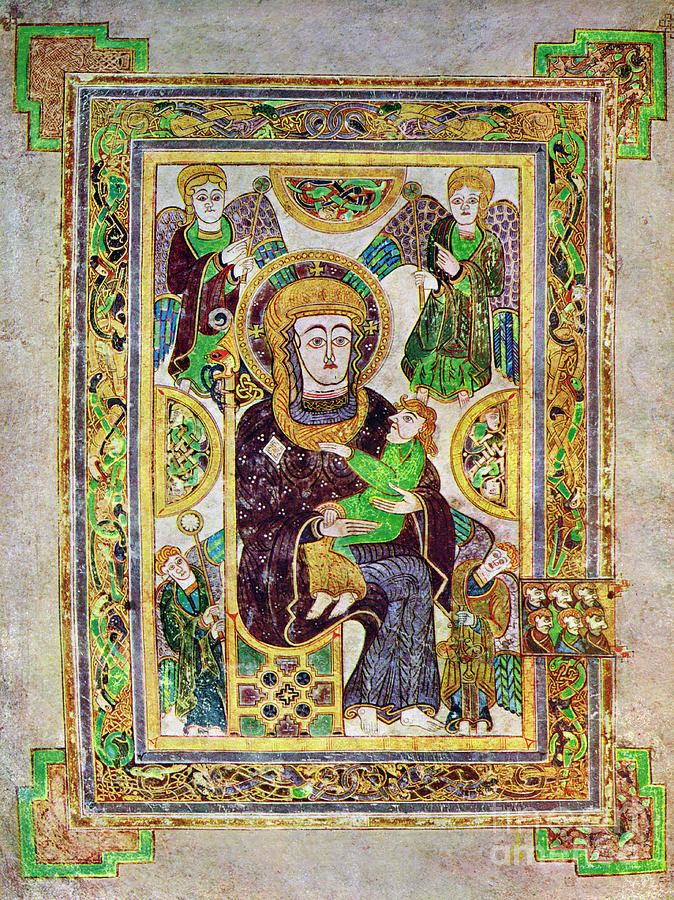 The Virgin And Child, c800 AD, (20th century). A 20th-century copy of the illustrated manuscript, produced by Celtic monks around AD 800. Illustration from The Book of Kells, described by Sir Edward Sullivan, Bart, 4th edition, published in London in about 1920. (Photo by The Print Collector/Print Collector/Getty Images)