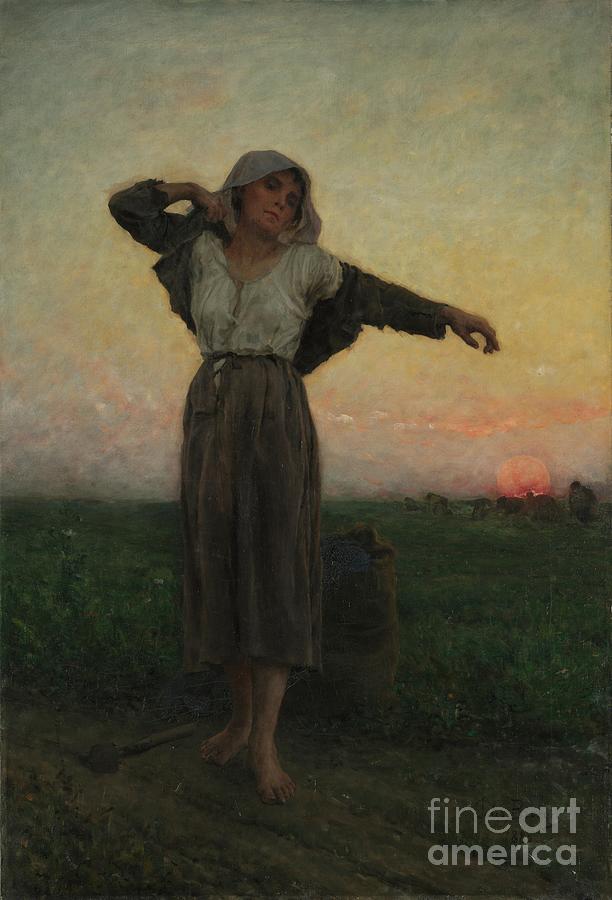 The Tired Gleaner, 1880. Gleaning?or picking up what little grain remains after a wheat field has been harvested?was usually the job of the poor, especially women and children. Breton shows a single gleaner stretching against a backdrop of the setting sun, while behind her others still labor in the field. Her bare feet and worn, simple clothing immediately identify her as a peasant. At the same time, however, her expansive gesture and the subdued tones of her skin and clothes link her to the surrounding landscape, both visually and symbolically. This painting not only suggests the hardships of peasant life, but also the grand link between humanity and the land. Like many of his successful contemporaries, Breton met demand for his paintings by copying and making variations of his own works. This picture is similar to a larger, more famous painting that was exhibited in the Paris Salon of 1880. The Cleveland collector Hinman H. Hurlbut, who bought this canvas from the artist, probably commissioned Breton to make this smaller variation of the larger painting. Creator Unknown. (Photo by Heritage Arts/Heritage Images via Getty Images)