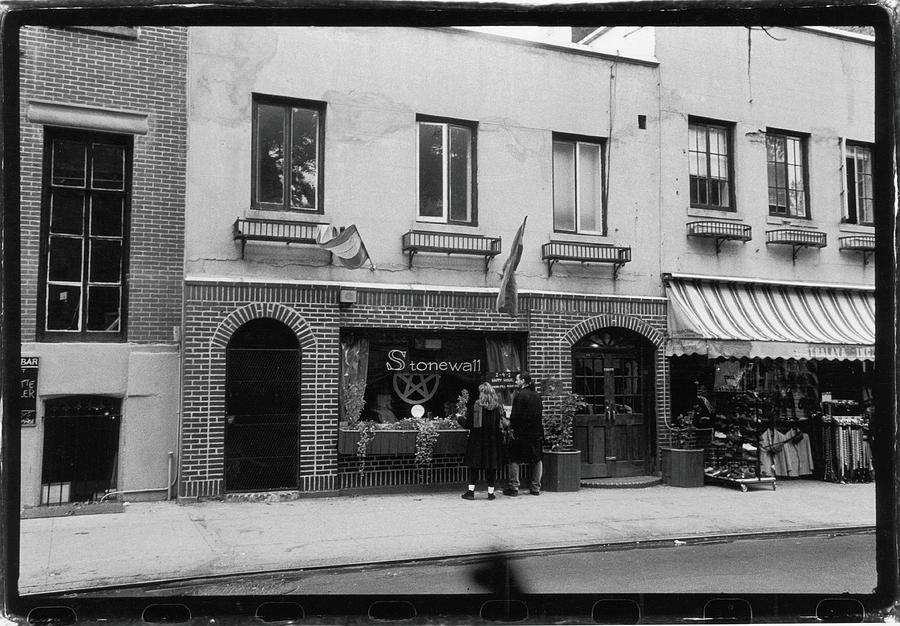 View of the exterior of the Stonewall Inn (53 Christopher Street), New York, New York, October 23, 1993. In 1969, the bar and surrounding area were the site of a series of demonstrations and riots that led to the formation of the modern gay rights movement in the United States. (Photo by Fred W. McDarrah/Getty Images)