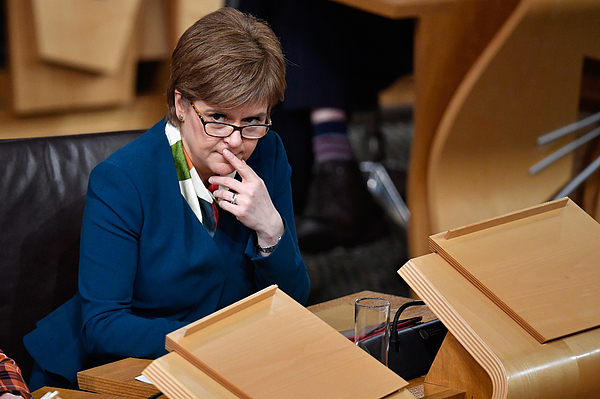 EDINBURGH, SCOTLAND - JANUARY 17: Nicola Sturgeon, First Minister of Scotland, attends the debate to keep Scotland in the European single market at the Scottish Parliament on January 17, 2016 Edinburgh, United Kingdom The prime minister spoke to Nicola Sturgeon ahead of a speech confirming that the UK will leave the EU, the SNP leader has repeatedly raised the possibility of a second independence referendum if Scotlands membership of the single market is threatened by a so called hard Brexit. (Photo by Jeff J Mitchell/Getty Images)