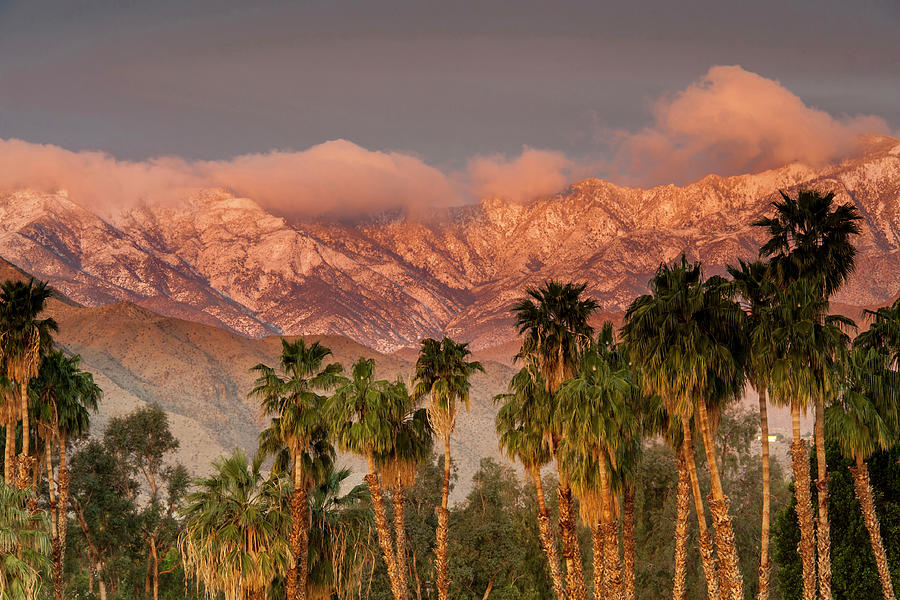 The San Jacinto Mountains are a mountain range east of Los Angeles in southern California in the United States. The mountains are named for Saint Hyacinth (San Jacinto in Spanish). The range extends for approximately 30 mi (50 km) from the San Bernardino Mountains southeast to the Santa Rosa Mountains. The San Jacinto Mountains are the northernmost of the Peninsular Ranges, which run 1, 500 km (930 mi) from Southern California to the southern tip of the Baja California Peninsula. The highest peak in the range is San Jacinto Peak (3, 302 m)(10, 834 ft) NAVD 88, and the range is also a Great Basin Divide landform for the Salton Watershed to the east. The Coachella Valley stretches along the eastern side of the range, including the cities of Palm Springs and Rancho Mirage. Banning Pass and San Gorgonio Pass separate the range from Mount San Gorgonio to the north. The western slope holds the community of Idyllwild. The range is the eastern boundary of the San Jacinto Valley, location of Hemet, it also marks the eastern edge of the fast-growing Inland Empire region and Greater Los Angeles as a whole.