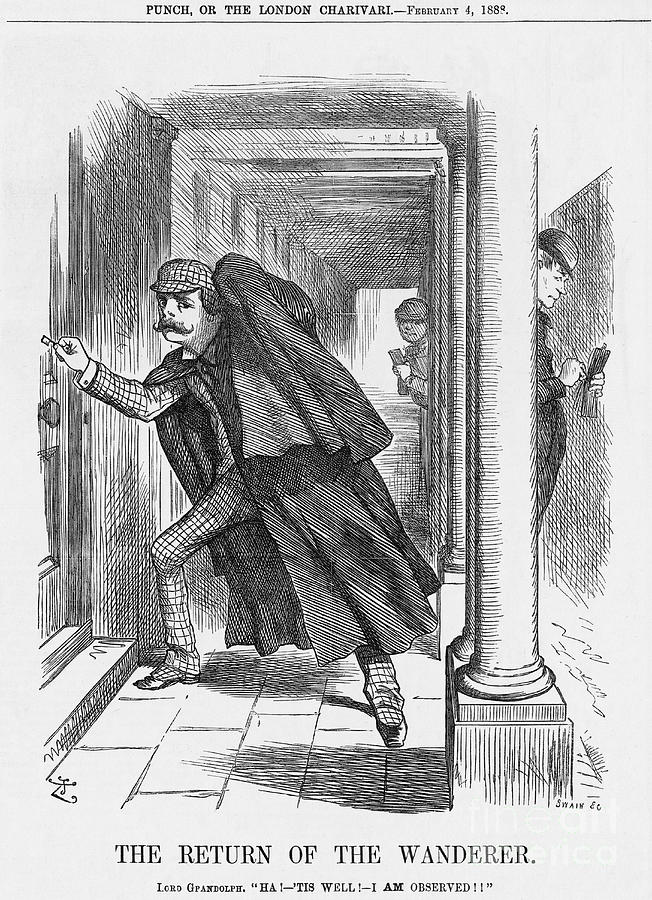 'The Return of the Wanderer', 1888. Little Lord Randolph Churchill returns in a furtive manner, watched by a couple of astute journalists. At the beginning of the previous year, Churchill had resigned in a dramatic fashion following a dispute with the Conservative Prime Minister, Lord Salisbury, over reductions in the country's defence budget. Churchill had been the Chancellor of the Exchequer. He was still an MP, and was returning to the Commons for the new session. However, he was never offered a cabinet position after his resignation. From Punch, or the London Charivari, February 4, 1888. (Photo by The Cartoon Collector/Print Collector/Getty Images)