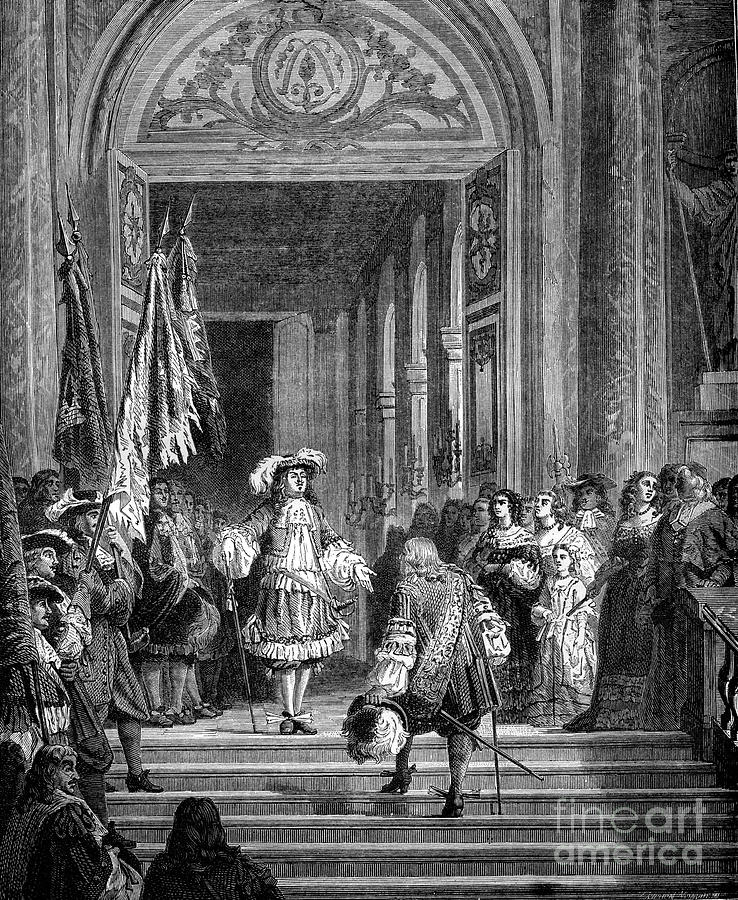 The Return Of The Grand Conde

The Return Of The Grand Conde

The return of the Grand Conde to Versailles, 1674 (1882-1884). Louis de Bourbon, Prince de Conde (1621-1686) was a French general known as the 'Grand Conde' because of his military prowess. He distinguished himself in the Thirty Years War by defeating the Spanish at the Battle of Rocroi in 1643, but afterwards found himself opposing the powerful chief minister of the young Louis XIV, Cardinal Mazarin, in the confused civil war known as the Fronde. From 1652 Conde commanded the Spanish army in a war against France, but after the signing of the Peace of the Pyrenees in 1659, he applied for and was granted the forgiveness of Louis XIV. Afterwards, Conde returned to loyal service in the French army. In 1674 he fought his last great battle, at Seneffe against William Prince of Orange (the future King William III of England). A print from La France et les Français à Travers les Siècle, Volume II, F Roy editor, A Challamel, Saint-Antoine, 1882-1884. (Photo by The Print Collector/Print Collector/Getty Images)