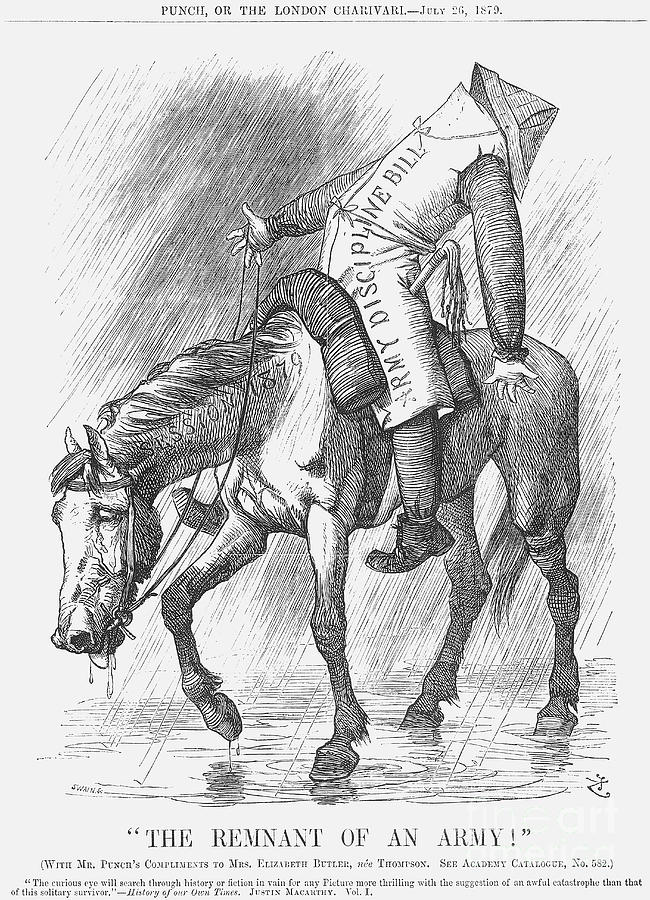 The Remnant of an Army!, 1879. The Army Discipline Bill, with his cat o' nine tails sticking out of his pocket, sits on his weary horse. Partly due to the Obstructionist tactics of a number of Irish MPs in particular, the parliamentary session of 1879 had been most unproductive. Indeed, in Punch's view, the Army Discipline Bill 'was the chief Government measure of importance introduced in the House of Commons this session which reached its goal'. From Punch, or the London Charivari, July 26, 1879. (Photo by The Cartoon Collector/Print Collector/Getty Images)