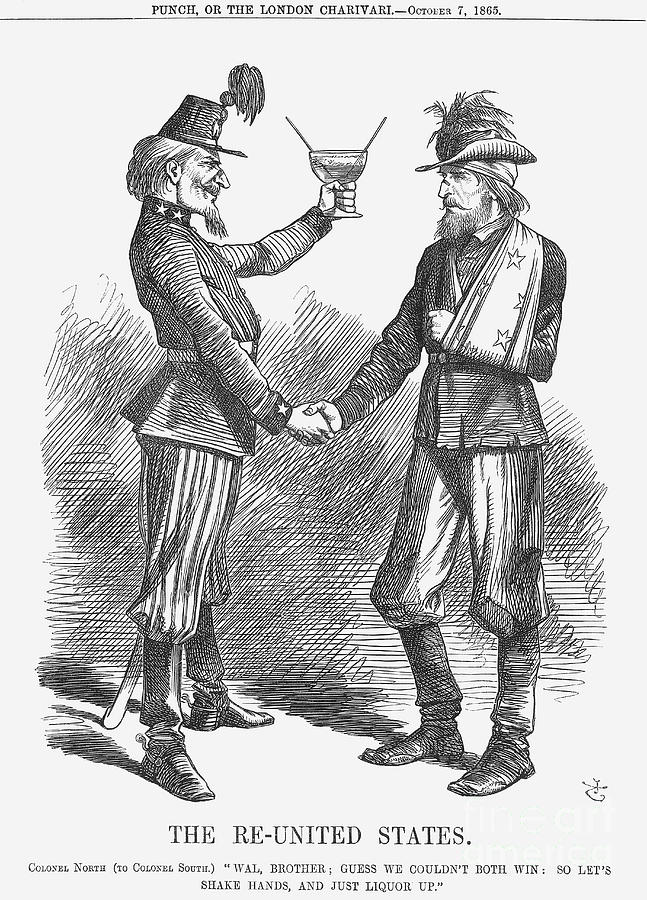 'The Re-United States', 1865. Colonel North remarks to Colonel South, Wal, Brother; Guess we couldn't Both Win: So let's Shake Hands, and Just Liquor Up. The end of the American Civil War is pictured in this cartoon with Colonel North offering the cup of friendship and unity to Colonel South. From Punch, or the London Charivari, October 7, 1865. (Photo by The Cartoon Collector/Print Collector/Getty Images)