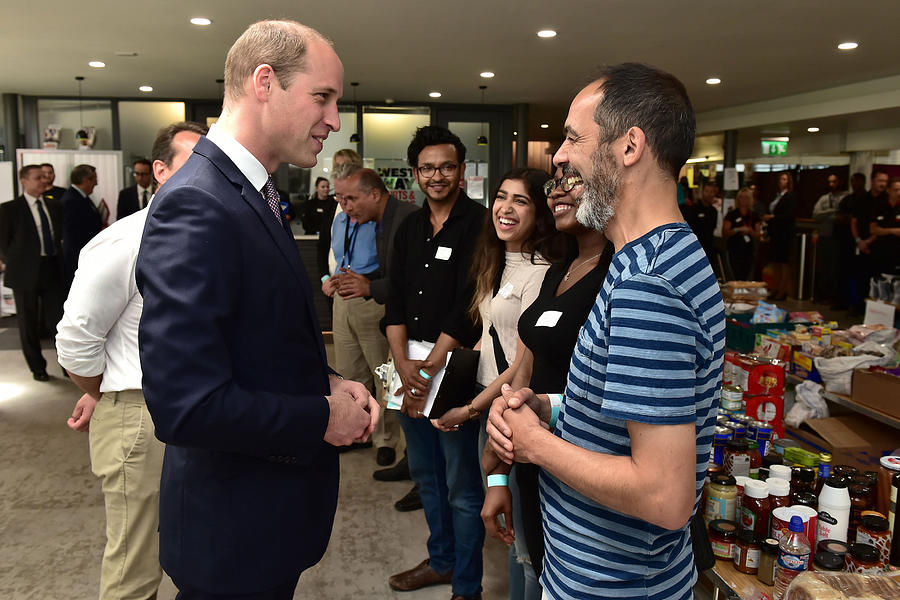 LONDON, ENGLAND - JUNE 16: Prince William, Duke of Cambridge meets members of the community affected by the fire at Grenfell Tower in west London during a visit to the Westway Sports Centre which is providing temporary shelter for those who have been made homeless in the disaster on June 16, 2017 in London, England. 17 people have been confirmed dead and dozens still missing, after the 24 storey residential Grenfell Tower block in Latimer Road was engulfed in flames in the early hours of June 14. Emergency services will spend a third day searching through the building for bodies. Police have said that some victims may never be identified. (Photo by Dominic Lipinski - WPA Pool /Getty Images)