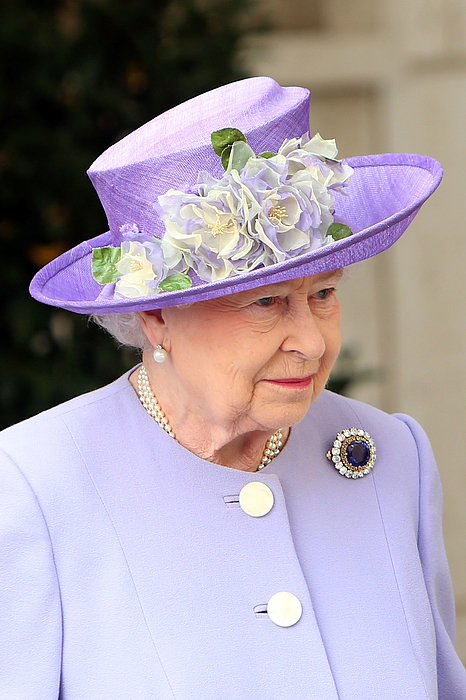 VATICAN CITY, VATICAN - APRIL 03: Queen Elizabeth II leaves the Paul VI Hall after a meeting with Pope Francis on April 3, 2014 in Vatican City, Vatican. During their brief visit The Queen and the Duke of Edinburgh will have lunch with Italian President Giorgio Napolitano and an audience with Pope Francis at the Vatican. The Queen was originally due to travel to Rome in April 2013 but the visit was postponed due to her ill health. The audience with Pope Francis will be the fifth meeting The Queen, who is head of the Church of the England, has held with a Pope in the Vatican. (Photo by Franco Origlia/Getty Images)