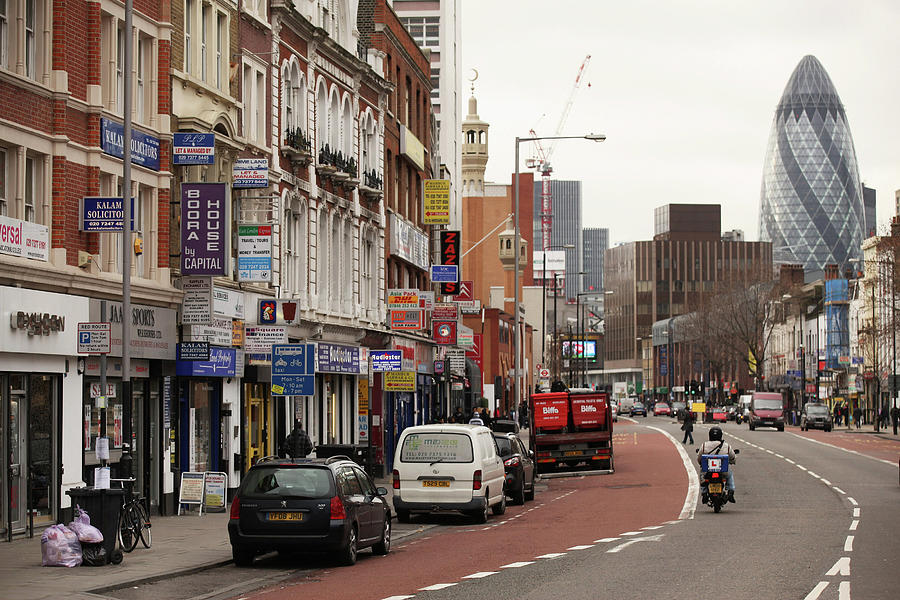 STRATFORD, ENGLAND - JANUARY 25: The A11 road in east London which was due to form part of the Olympic marathon route in 2012, however the race will now be staged entirely in central London, on January 25, 2011 in London, England. The London 2012 Organising Committee (LOCOG) received criticism after they rerouted the Olympic marathon which traditionally finishes in the main stadium. Rushanara Ali, the MP for Bethnal Green and Bow, claimed the route change was due to LOCOG being 'ashamed' of London's East End. (Photo by Oli Scarff/Getty Images)