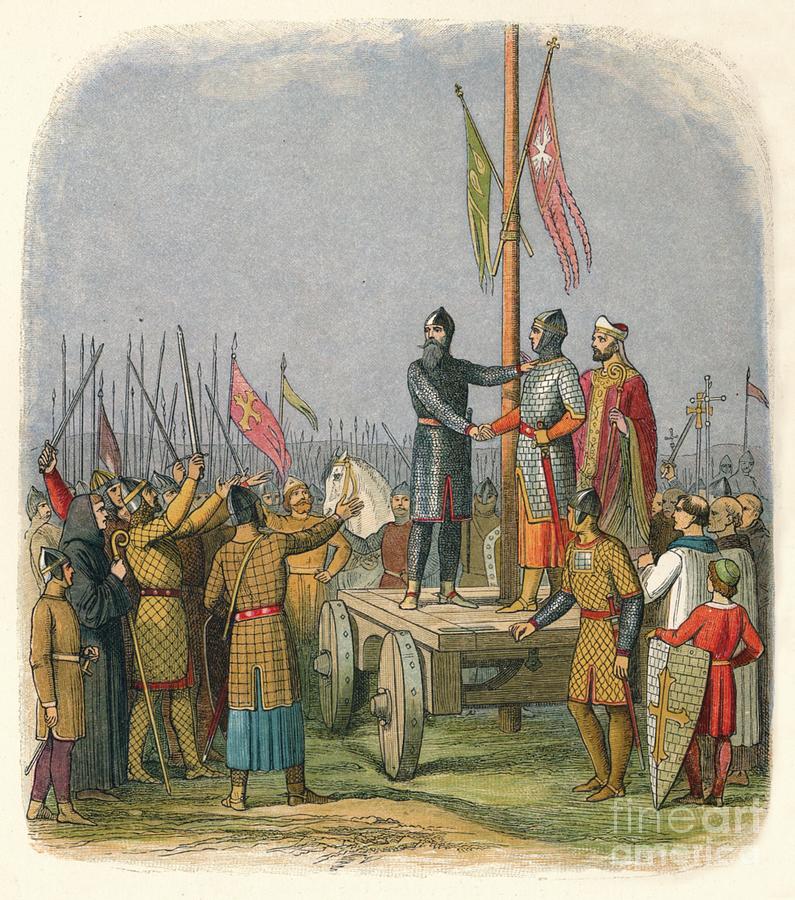 The oath of Walter l'Espec', 1864. Walter Espec (died 1153) was a prominent military and judicial figure of the reign of Henry I of England. He swears to conquer or be killed by the Scots, while shaking the hand of William of Albemarle, just before the Battle of the Standard at Cowton Moor, near Northallerton, Yorkshire. From A Chronicle of England B.C. 55 - A.D. 1485 by James E. Doyle. [Longman, Green, Longman, Roberts & Green, London, 1864].Artist James William Edmund Doyle.. (Photo by The Print Collector/Getty Images)