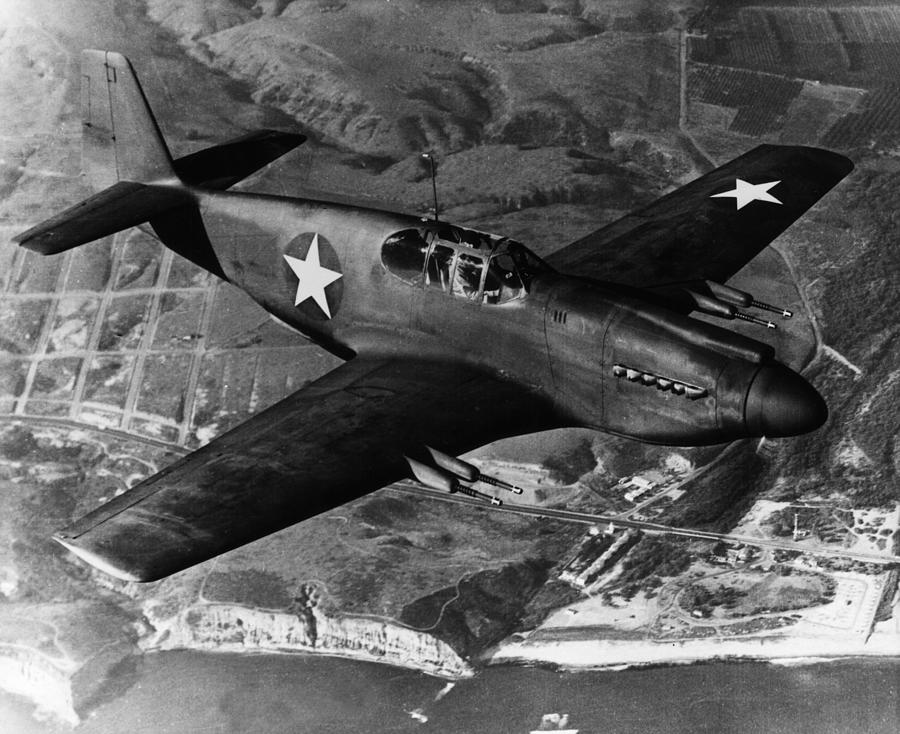 1940: P-51 Mustang fighter plane flies over a coastline. The P-51 was renowned for its superiority over German war planes. In addition to its extra fuel capacity, which allowed for 1,080 miles of flight, the P-51 also flew 50 mph faster than other planes despite an extra 3,000 to 4,000 pounds weight. (Photo by American Stock/Getty Images)