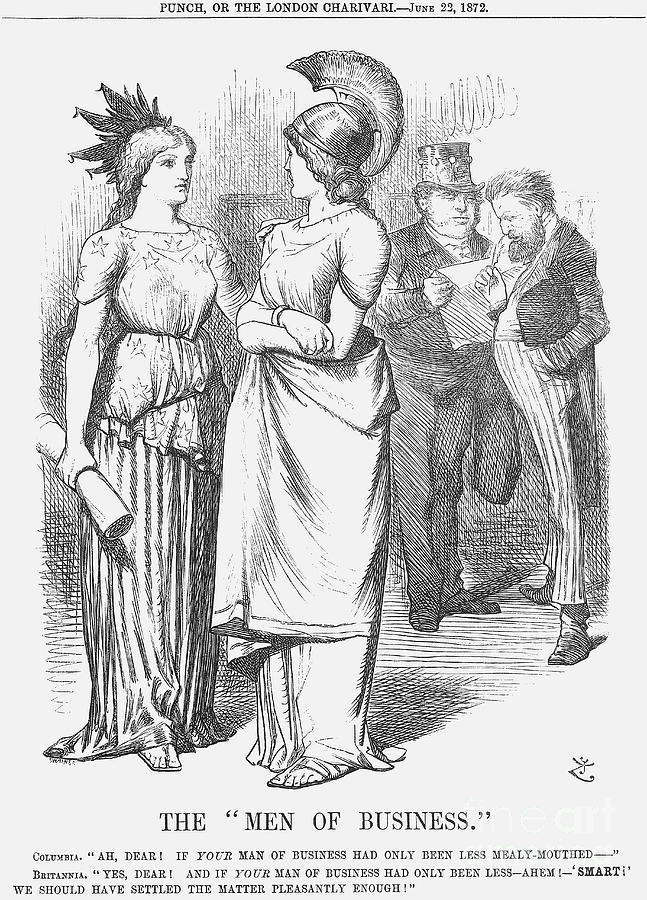 'The Men of Business, 1872. Columbia and Britannia discuss the differences between America and Britain. In the background the representatives of the two administrations sort out the details. This relates to the settlement of the Alabama Claims, ongoing since the end of the American Civil War. The amount of the indirect claims had continued to grow, and the American administration had inflated them still further as the date of the Presidential Election loomed. Mr Punch's view was that the Americans had been 'mischievous' whereas the British government had not handled the matter with strength and determination. From Punch, or the London Charivari, June 22, 1872. (Photo by The Cartoon Collector/Print Collector/Getty Images)