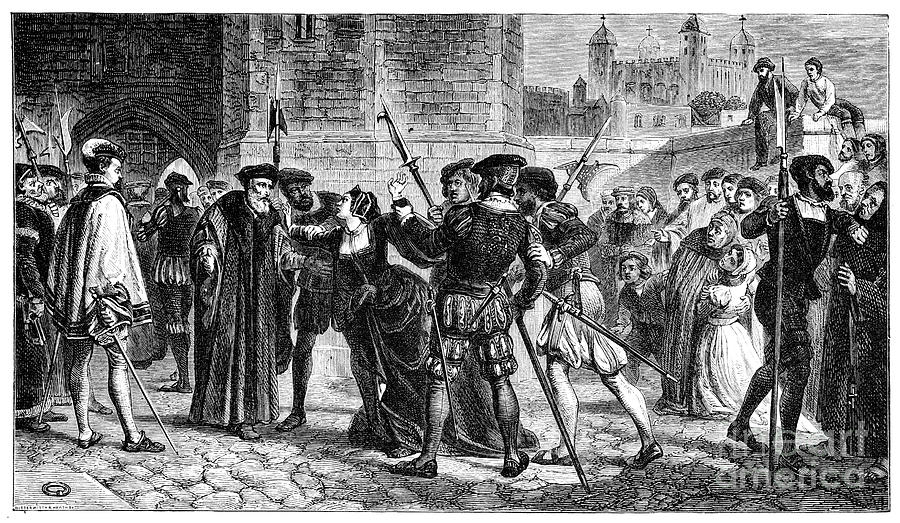 The Meeting Of Sir Thomas More

The Meeting Of Sir Thomas More

The meeting of Sir Thomas More (1478-1535) and his daughter, Margaret, 19th century. More was an English lawyer, author, and statesman. During his lifetime he earned a reputation as a leading humanist scholar and occupied many public offices, including that of Lord Chancellor from 1529 to 1532. More coined the word utopia, a name he gave to an ideal, imaginary island nation whose political system he described in a book published in 1516. He is chiefly remembered for his principled refusal to accept King Henry VIII's claim to be supreme head of the Church of England, a decision which ended his political career and led to his execution for treason. (Photo by The Print Collector/Print Collector/Getty Images)