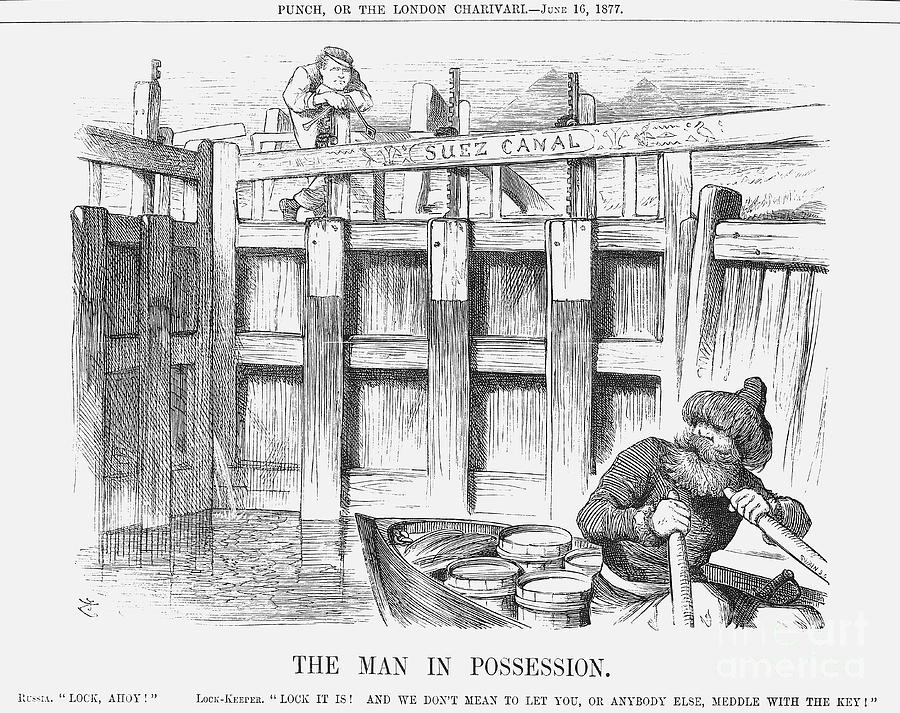 'The Man in Possession', 1877. Russia is depicted as rowing her boat, loaded with gunpowder, at the lock gates of the Suez Canal. The lock is being guarded by a good, solid, British lockkeeper. This relates to the war recently declared on Turkey by Russia. Lord Derby, the former Conservative Prime Minister, had been in contact with Russia to express the Government's concern that the Suez Canal should not be targeted. Russia replied that, provided Britain retained its neutrality, then no attempt would be made to blockade, interrupt or menace the navigation of the Suez Canal. From Punch, or the London Charivari, June 16, 1877. (Photo by The Cartoon Collector/Print Collector/Getty Images)