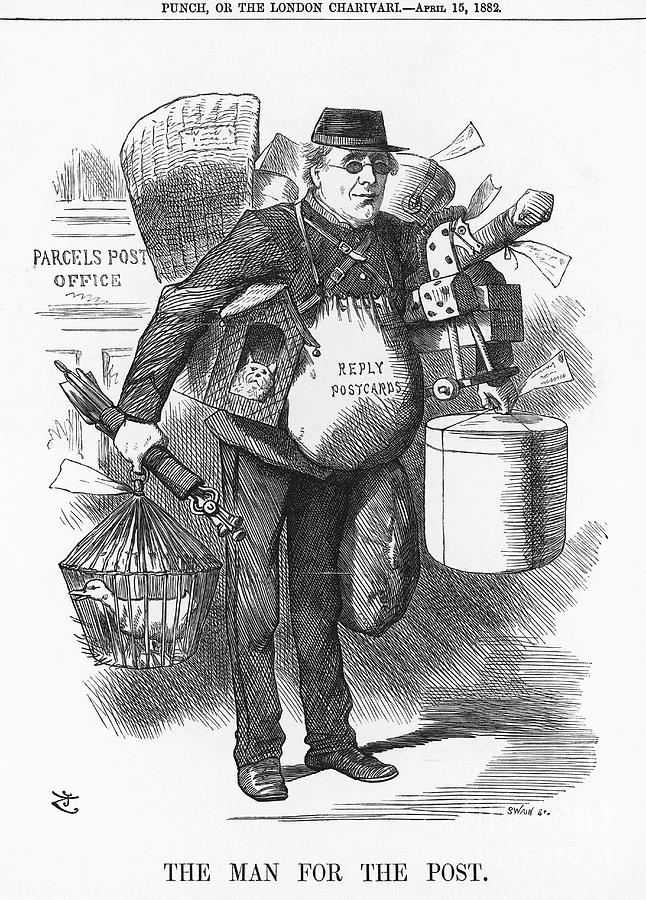 'The Man for the Post', 1882. This cartoon depicts the blind Postmaster General, Henry Fawcett, weighed down with parcels containing all sorts of objects and of all shapes, sizes and weights. This relates to the recently announced details of the Parcel Post whereby the Post Office would handle parcels under a fixed weight for a fixed charge, irrespective of distance. From Punch, or the London Charivari, April 15, 1882. (Photo by The Cartoon Collector/Print Collector/Getty Images)