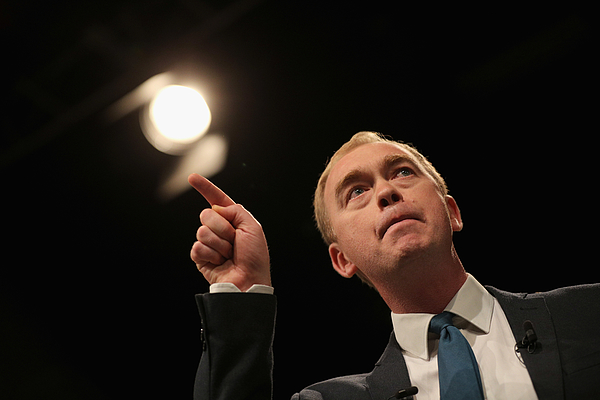 BRIGHTON, ENGLAND - SEPTEMBER 20: Tim Farron, leader of the Liberal Democrats, delivers a speech on the final day of the Liberal Democrats' 2016 Autumn Conference on September 20, 2016 in Brighton, England. Farron is delivering his final speech of the conference to party members today during which he is expected to announce that one of his party's key pledges would be to raise taxes to fund shortfalls in the NHS. (Photo by Dan Kitwood/Getty Images)