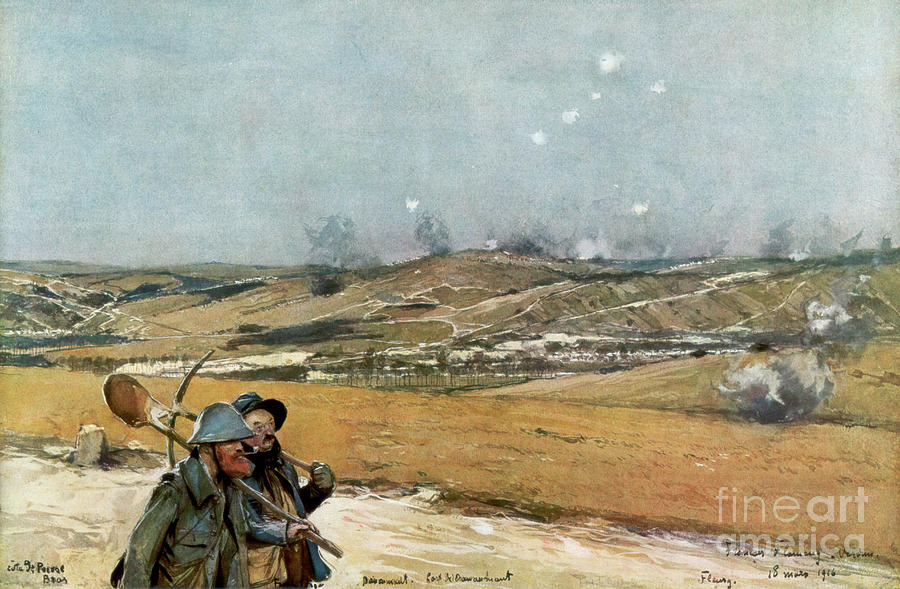 The Hills And Fort Of Douaumont

The Hills And Fort Of Douaumont

'The Hills and Fort of Douaumont', Verdun, France, 18 March 1916, (1926). Douaumont was the site of one of the network of forts built around the city of Verdun. The village itself was destroyed during the Battle of Verdun in 1916. The fort fell to the Germans on 25 February 1916 without resistance as the French artillery garrison were sheltering from shelling in the fort's lower levels. The loss of Douaumont was regarded as a humiliation by the French, who sacrificed thousands of lives and expended millions of shells in futile attempts to recapture it before they were finally successful on 24 October after the Germans withdrew form the fort. Today Douaumont is the site of an ossuary that contains the remains of thousands of soldiers killed during the battle. (Photo by The Print Collector/Print Collector/Getty Images)