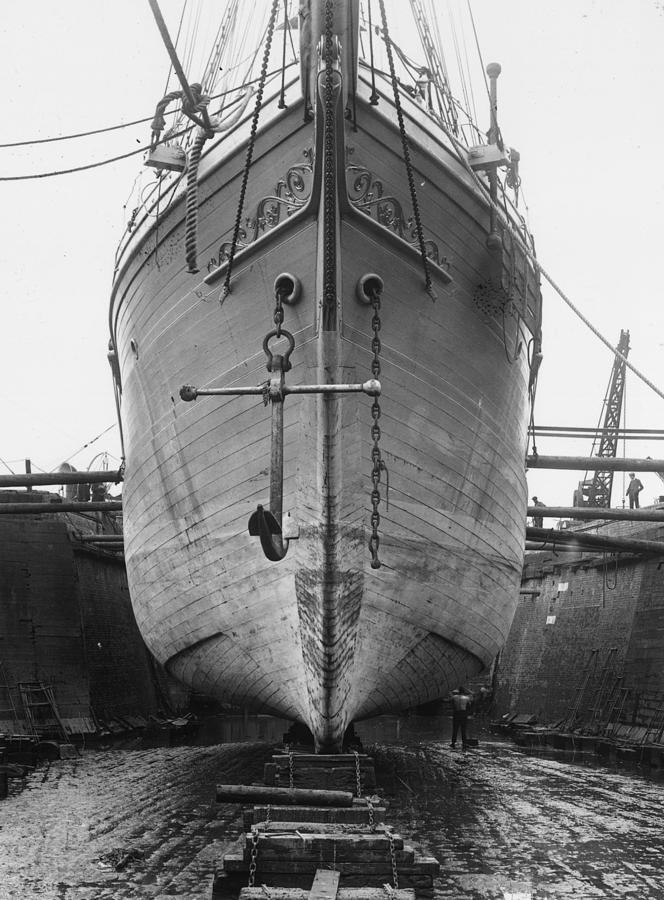 LONDON, UNITED KINGDOM - JULY 1914: The bow of Sir Ernest Shackleton's exploratory vessel SS Endurance being prepared for her Antarctic voyage in Millwall Docks, London, England. Towards the end of the expedition, the ship became stuck in the ice and later sank, forcing her crew to make for civilisation in an open craft. (Photo by Topical Press Agency/Getty Images)