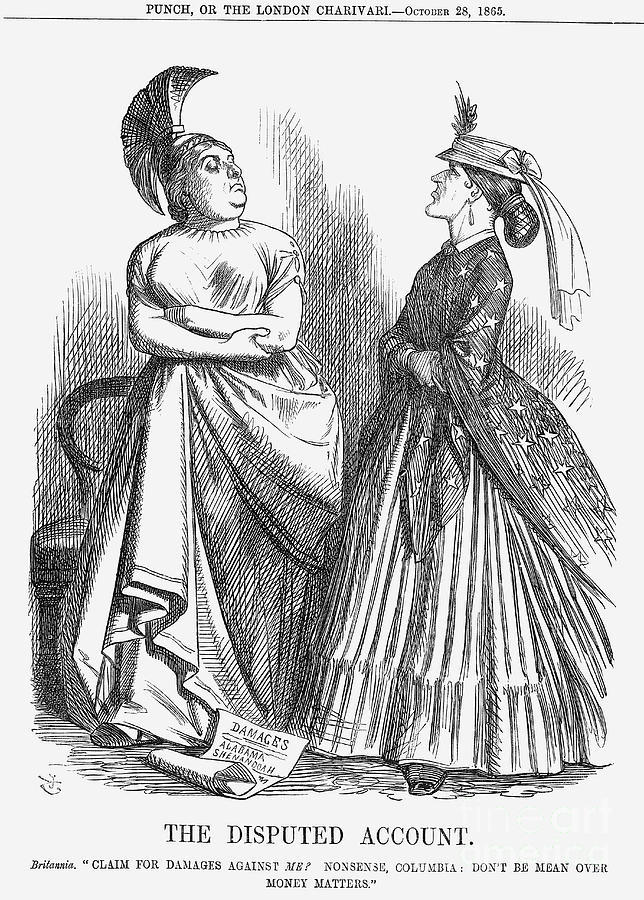 'The Disputed Account', 1865. Mrs Britannia and Mrs Columbia; dressed in the stars and stripes, at matronly loggerheads. Much remained to be settled in the aftermath of the American Civil War. Lord Russell, the Foreign Secretary, had proposed a joint commission to decide upon claims arising out of the Civil War. This suggestion had been rejected by the American administration. Their preference was for arbitration which had been rejected by the British. The particular claim referred to here was in respect of the claim made by America on Britain in respect of the affect upon American commerce by the Confederate cruisers, 'Alabama' and 'Shenandoah', the names of which lie on a rolled piece of paper, at the feet of Britannia. From Punch, or the London Charivari, Octyober 28, 1865. (Photo by The Cartoon Collector/Print Collector/Getty Images)