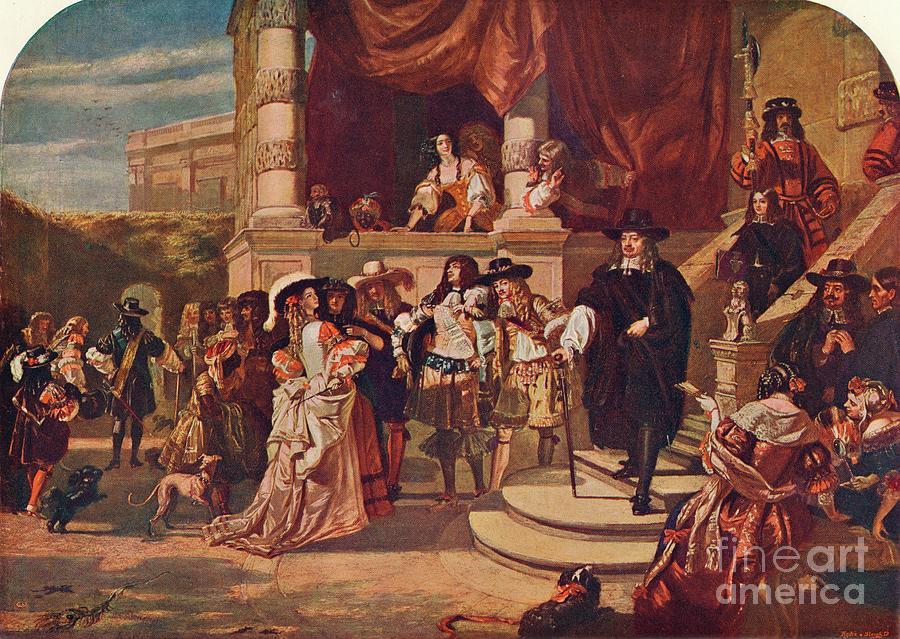 The Disgrace of Lord Clarendon after His Last Interview with the King in Whitehall Palace, 1667' (1905). Edward Hyde, 1st Earl Clarendon was King Charles II's Chief Minister after the King`s Restoration. His downfall came about after the realm was struck in quick succession by the Great Plague and Fire of London and the successful Dutch naval raid on the Medway. From Cassell's History of England, Vol. III, (Cassell and Company, Limited, London, Paris, New York & Melbourne, 1905)(Photo by The Print Collector/Getty Images)