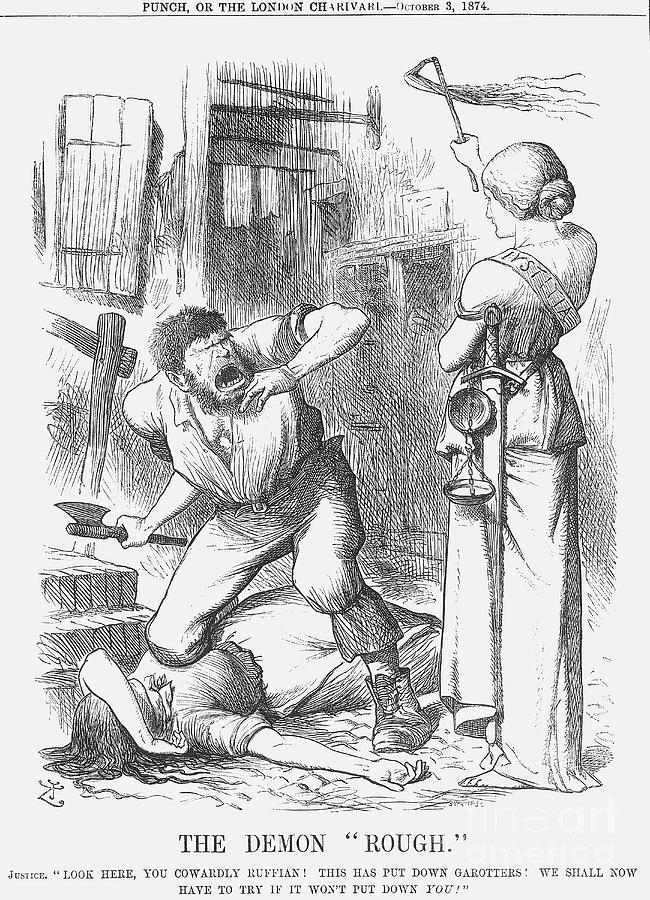 'The Demon Rough', 1874. A bestial labourer crouches over the limp body of his wife whilst Justice stands over him, her scales and sword on her belt, and the cat o' nine tails in her hand. There were numerous reports at this time of the most appalling violence being used against wives, and, when the matter had recently been raised in Parliament, the Conservative Prime Minister, Disraeli, had managed to raise a few laughs before effectively shelving the matter. Punch therefore suggested that the punishment that had proved so effective in stopping the recent wave of garroting crimes should now be used to give the wife-beaters a taste of their own painful and disfiguring medicine. From Punch, or the London Charivari, October 3, 1874. (Photo by The Cartoon Collector/Print Collector/Getty Images)