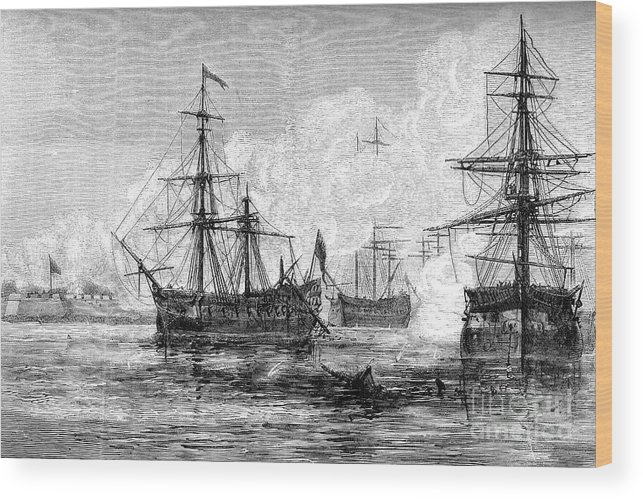 The Attack On Sullivans Island, South wood print by Print Collector.   Bring your artwork to life with the texture and added depth of a wood print. Your image gets printed directly onto a sheet of 3/4" thick maple wood. There are D-clips on the back of the print for mounting it to your wall using mounting hooks and nails (included).

The attack on Sullivan's Island, South Carolina, 1776 (c1880). British warships bombarding the colonial fort at Sullivan's Island during the American Revolutionary War. The fort held out and prevented the British from attacking the city of Charleston. A print from Cassell's History of the United States, by Edmund Ollier, Volume II, Cassell Petter and Galpin, London, c1880. (Photo by The Print Collector/Print Collector/Getty Images)Image provided by Getty Images.