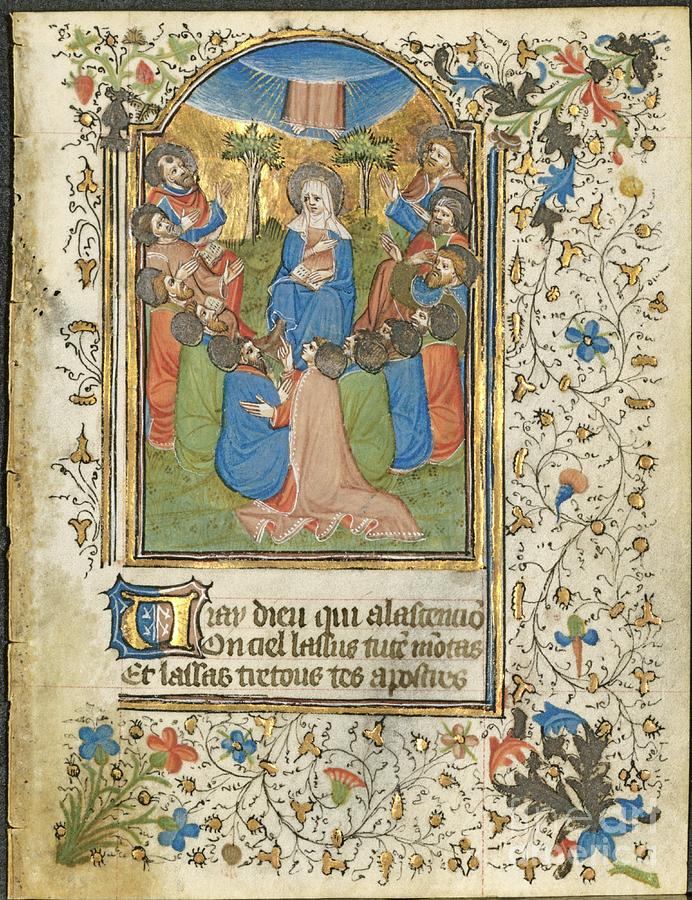 The Ascension Leaf From A Book Of Hours

The Ascension Leaf From A Book Of Hours

The Ascension: Leaf from a Book of Hours (4 of 6 Excised Leaves), circa 1420-30. This group of leaves survive from what must have been an extraordinarily rich book of hours. The elaborate Passion cycle and Suffrages point to an important patron. Internal evidence within the original calendar and texts indicates that Metz was the probable place of production. Stylistically, the illuminations appear to come from the workshop of Henri d?Orquevaulx, a documented Metz manuscript painter. Little is known about d?Orquevaulx?s life or career. Compositionally, structurally, and stylistically, the miniatures suggest strong links to Netherlandish illumination. It is not known whether d?Orquevaulx came originally from the Netherlands or whether he simply worked or trained there at some point in his career. Creator Albrecht Dürer (German, 1471-1528). (Photo by Heritage Arts/Heritage Images via Getty Images)