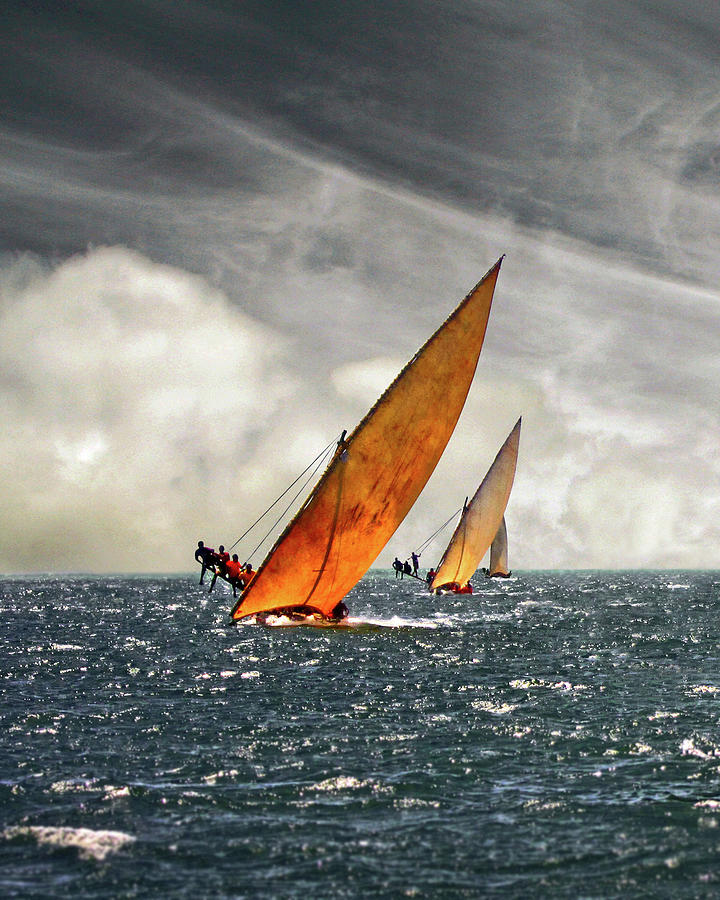 The Art Of Swahili Dhow Racing

The Art Of Swahili Dhow Racing

Swahili racing teams from the villages and islands of the Lamu Archipelago come together several times a year to compete in traditional arabic-styled Mashua dhows off Kenya's northern Indian Ocean coast.About sixteen young men are crowded into each of these dhows to give the necessary weight, balance and stability against a stiff coastal tradewind, a wind pattern that has historically characterized this region since Lamu was established in the 14th Century as a major Swahili trading outpost and settlement on the coastal run between Zanzibar and the Arabic world to the north.The races are usually organized in conjunction with a cultural festival or an Islamic religious holiday celebrating the birth of Abraham or the prophet Mohammed. These elegant dhows are in the final leg of the classic Shela-based race organized by Peponi's on New Year's Day.Swahili Dhow Series