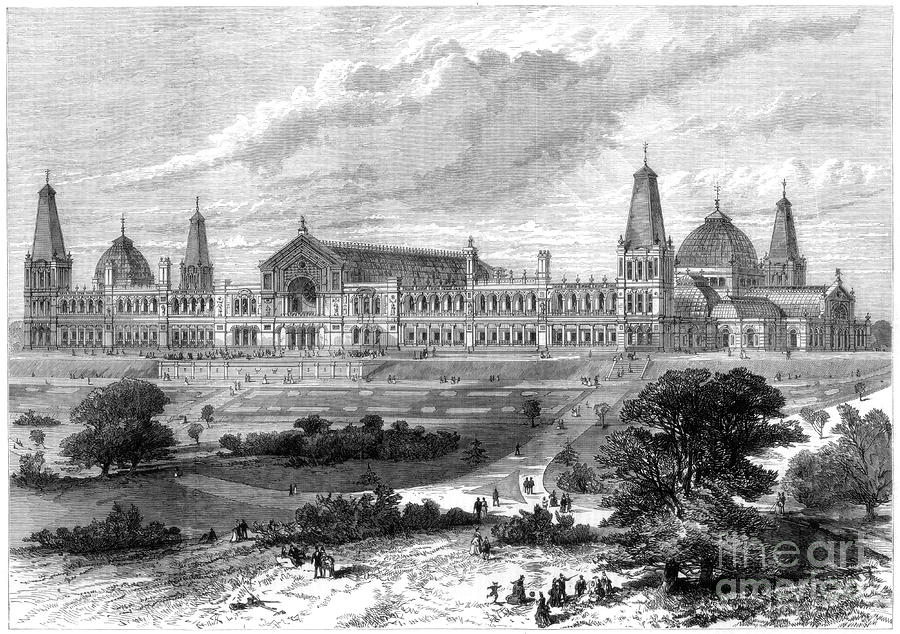 The Alexandra Palace, Muswell Hill, London, 1875. Alexandra Palace first opened in 1873 as 'The People's Palace' to provide the Victorians with a great entertainment and recreation centre. Effectively it was the equivalent for North Londoners of the Crystal Palace south of the Thames. Situated in 196 acres of parkland with spectacular views over the capital, the palace, joined by a branch line of the Great Northern Railway to Highgate, attracted thousands of people who came by train, carriage or on foot. Known affectionately as the 'Ally Pally', it became the headquarters of the BBC's television transmission service in 1936. Today the Alexandra Palace operates as a conference centre. A print from The Illustrated London News, 10th April 1875. (Photo by The Print Collector/Print Collector/Getty Images)