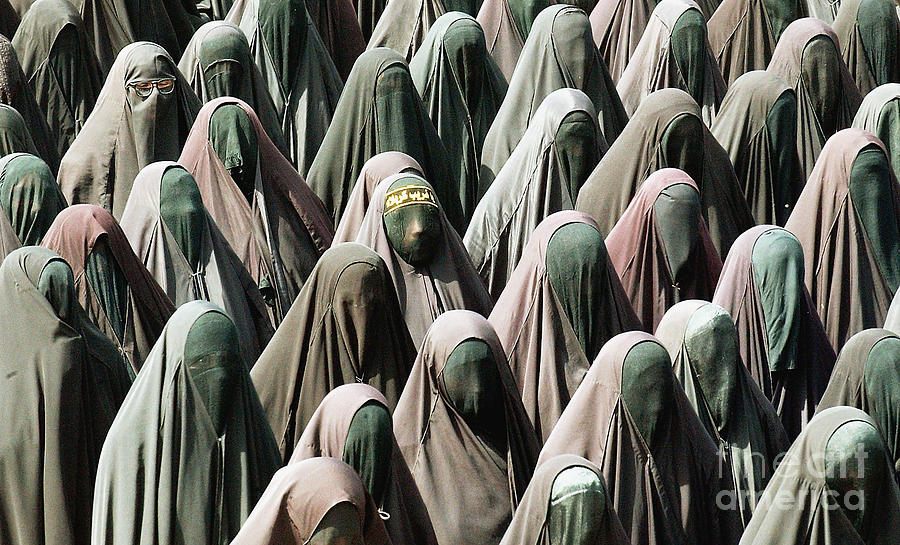 BAGHDAD, IRAQ - APRIL 03: Female members of the al-Mehdi Army march in Military formation during a military parade through the streets of the Sadr City neighborhood in East Baghdad, on April 03, 2004 in Baghdad Iraq. The Al-Mehdi Army is a Shia militia aligned with the controversial Shia cleric Moqtada Sadr. The parade was meant to be a show of force in tandem with Sadr supporters' continued protest against the occupation of Iraq by the U.S. lead coalition forces. (Photo by Scott Nelson/Getty Images)