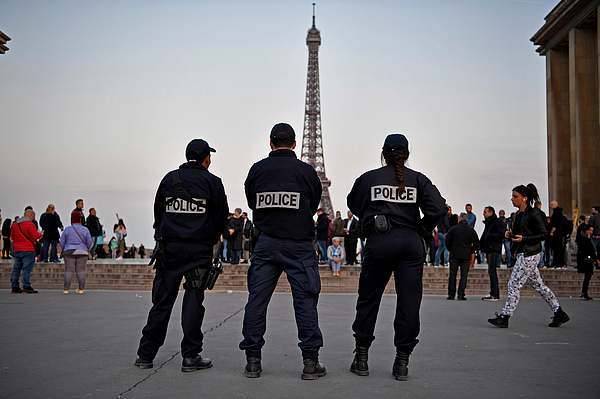 PARIS, FRANCE - APRIL 21: Police officers secure the Place du Trocadero in front of the Eiffel Tower the day after a gunman opened fire on police officers on the Champs Elysees on April 21, 2017 in Paris, France. One police officer was killed and another wounded in a shooting on Paris's Champs Elysees, police said just days ahead of France's presidential election. France's interior ministry said the attacker was killed in the incident on the world famous boulevard that is popular with tourists. (Photo by Aurelien Meunier/Getty Images)