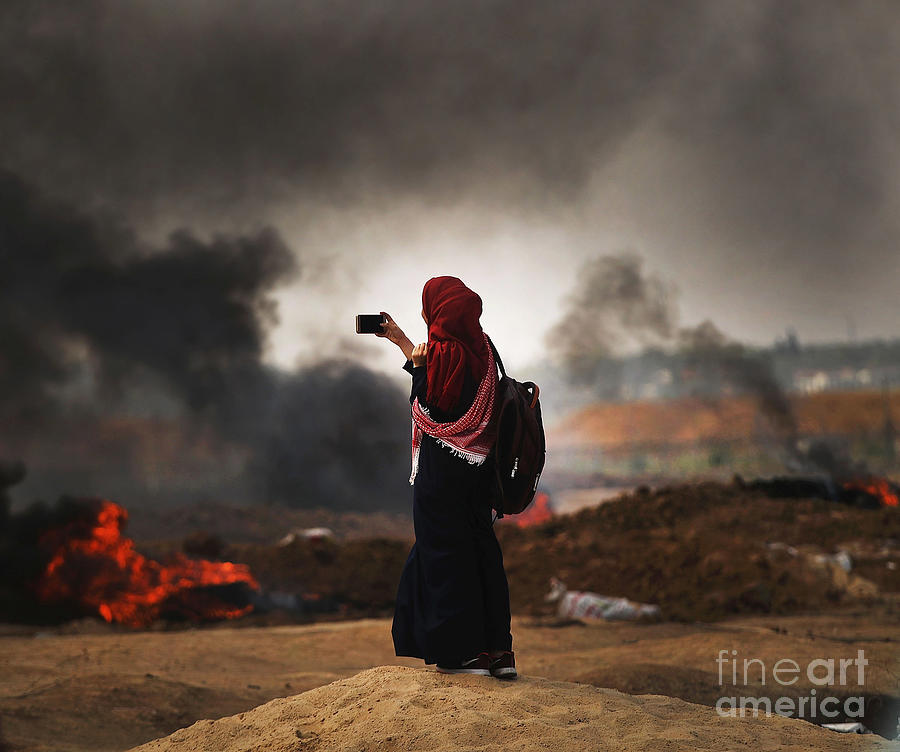 GAZA CITY, GAZA - MAY 14: (EDITOR'S NORE: Alternate crop.) A Palestinian woman documents the situation at the border fence with Israel as mass demonstrations continue on May 14, 2018 in Gaza City, Gaza. Israeli soldiers killed at least 41 Palestinians and wounded over a thousand as the demonstrations coincided with the controversial opening of the U.S. Embassy in Jerusalem. This marks the deadliest day of violence in Gaza since 2014. Gaza's Hamas rulers have vowed that the marches will continue until the decade-old Israeli blockade of the territory is lifted. (Photo by Spencer Platt/Getty Images)