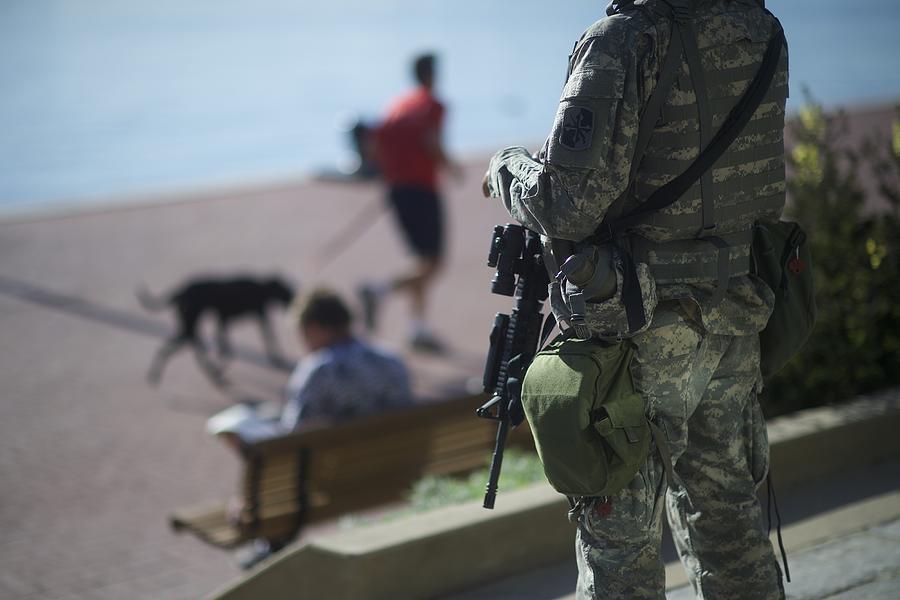 BALTIMORE, MD - APRIL 29: A member of the the National Guard monitors activity in the Inner Harbor, while a man reads a newspaper, and another runs with his dog, following citywide riots on April 29, 2015 in Baltimore, Maryland. Freddie Gray, 25, was arrested for possessing a switch blade knife April 12 outside the Gilmor Houses housing project on Baltimore's west side. According to his attorney, Gray died a week later in the hospital from a severe spinal cord injury he received while in police custody. (Photo by Mark Makela/Getty Images)

There are no comments for Tensions In Baltimore Continue To Simmer After Days Of Riots And Protests Over Death Of Freddie Gray.   Click here to post the first comment.